Relatives went to great lengths to force municipality to move them. Forty-seven families who watched helplessly as the graves of their loved ones were swallowed by earth after a water pipe burst in Ventersdorp a year ago finally have closure.

This week the Ventersdorp/Tlokwe Municipality began to exhume the bodies to move them for reburial in the newly designated “Town Cemetery”.

Many of the families say that since the pipe burst on February 21 last year they have been traumatised by horrifying dreams of their deceased relatives floating in flooded graves.

Community leader Khuduga Dibe said the process started on Monday, and by yesterday 18 bodies had been exhumed and reburied.

Dibe said that of the 47 families affected, three had pulled out of the process. He said 30 exhumation certificates were released and the municipality will be applying for 14 more.

One of the mourners, Ike Gebu, said his aunt, Mapule Modise, had endometrial cancer that spread throughout her body, killing her.

“My aunt was buried on February 20 last year. The following day the graveside was flooded. I was traumatised by what I saw,” said Gebu.

He said it took three hours for his aunt’s remains to be exhumed because the coffin was broken in pieces.

“She was exhumed and reburied on Monday. I cried on February 21 last year when I went to the graveside. I will not cry again because she is now resting. I’m happy and have found peace.”

Gebu said he got strength from God to fight for a dignified reburial for his aunt.

Three months ago, the families, led by Dibe, dragged the municipality to the Commission for the Promotion and Protection of the Rights of Cultural, Religious and Linguistic Communities.

The commission ruled against the municipality, which was then ordered to exhume and rebury the remains of the bodies in a suitable area.

Francinah Mathongwane, who buried her sister-in-law and brotherin-law on February 13 last year, said that when she came back to the cemetery she found water flowing towards the graves.

“Lots of graves were badly damaged and a tombstone was covered with water.

“The situation traumatised me and I could not sleep.

“I had flashbacks of the water on the graves and went for counselling,” Mathongwane had said at the time.

He said independent investigators had found that the soil in the flooded cemetery was suitable for burials.

Therefore the municipality would continue to bury people in that cemetery. – vicky@citizen.co.za 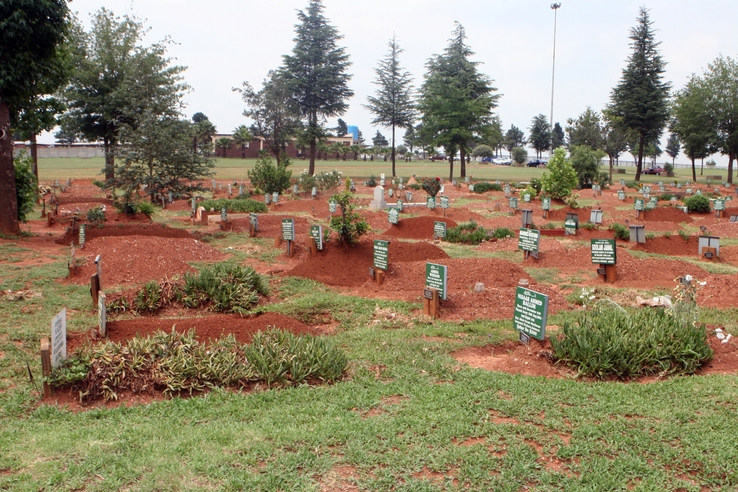 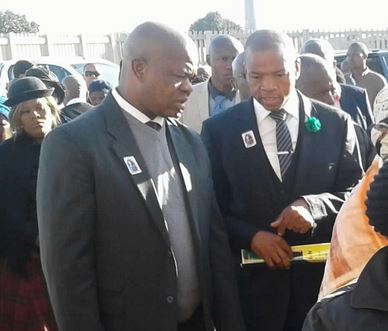