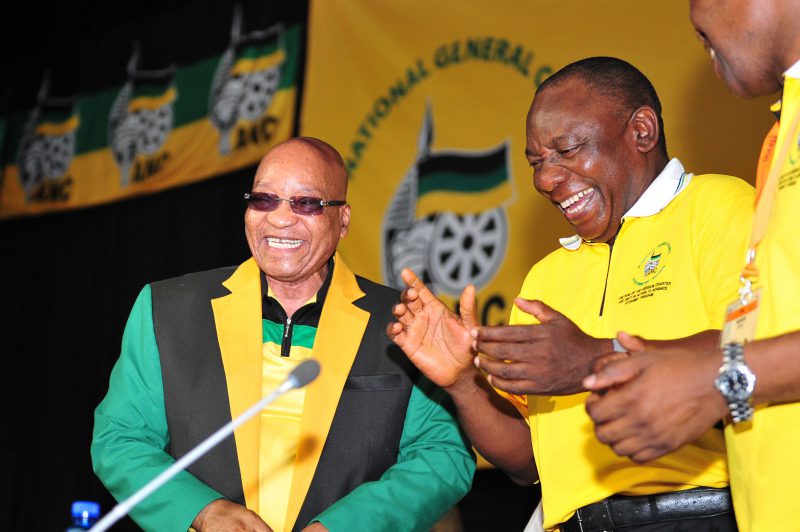 Cyril Ramaphosa is taking his presidential campaign trail to the back yard of one of President Jacob Zuma’s most ardent supporters.

Ramaphosa has been invited to address the National Union of Mineworkers Youth Structure in the North West province, where Supra Mahumapelo is ANC chairperson and premier.

Mahumapelo will lead his province to the ANC conference, where he is likely to throw his lot in with former African Union chairperson Nkosazana Dlamini-Zuma.

She will also be in the province and is expected to address an ANC Youth League rally later today. Dlamini-Zuma enjoys the support of KwaZulu-Natal, the Free State, Mpumalanga and the North West. She also has the backing of the youth, women’s and military veterans’ leagues of the governing party. Ramaphosa will deliver a lecture: “The current struggles and the relevance of the alliance” at the Olympia Stadium in Rustenburg, where he is expected to address the ANC infighting and state capture allegations.

The deputy president will have to work hard to restore his popularity in the North West, the same province where 34 Lonmin mineworkers in Marikana were gunned down by police.

Some hold Ramaphosa responsible for the killings, saying he issued instructions to the police to take “concomitant action” against the miners.

Ramaphosa has apologised, saying his message was a bid to halt further murders as 10 people had already been killed ahead of the massacre in August 2012.

He has the support of Limpopo, Gauteng, the Western Cape, Eastern Cape and Northern Cape and also the backing of the South African Communist Party and Cosatu. – nkululekon@ citizen.co.za