Lovers shared cuts on bodies and matching tattoos in the shape of a cross. 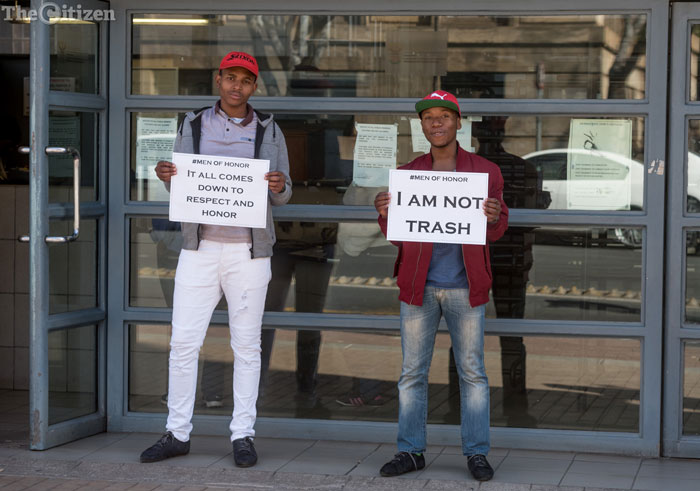 Murder-accused Sandile Mantsoe claims his girlfriend, Karabo Mokoena, committed suicide and that he only burned and dumped her body because he panicked, thinking he would be accused of killing her. But the state alleges he confessed to the murder, telling investigators that killing Mokoena,  was part of a ritual to break a “blood bond” the two had shared.

The state alleged that he and Mokoena had had cuts on their bodies and matching tattoos in the shape of a cross to ensure a lasting bond between them and the success of his business.

This detail of the case has now emerged in public for the first time, following a ruling in May by Magistrate Carlo Labuschagne that banned the media from reporting the details of the state’s case, after the National Prosecuting Authority (NPA) raised concerns this would harm the state’s investigation. Yesterday, Labuschagne lifted the media ban after an agreement was reached between the NPA and Times Media, which challenged the ban in court.

Mantsoe’s bail hearing was postponed to next Friday after he made a brief appearance at the Johannesburg Magistrate’s Court yesterday.

The 27-year-old stands accused of killing Mokoena and burning her body in April this year.

Mokoena’s uncle, Tshepo Mokoena, said his family would not comment on Mantsoe’s claim that some of their family members knew she was suicidal and his claim that she took her own life.

“I was not in court and reserve comment,” he said.

In Mantsoe’s replying affidavit, he denied having confessed to murdering his girlfreind and maintained his innocence.

He said he was painted as an abusive boyfriend and claimed “it was the other way around”.

He claimed Mokoena regularly cut herself to deal with the pain of abuse she purportedly suffered in past relationships.

Mantsoe said his girlfriend had been suicidal and had attempted suicide by swallowing “a lot of pills” a few weeks previously. The couple had filed assault charges against each other earlier this year.

Mantsoe claimed that, on the day Mokoena died, he dropped her off at his flat in Sandton at 4pm.

“In my panicked state I left the flat and came back several times and then I went back one last time, looked for a dustbin and put her inside … I drove to Lyndhurst and I burned her,” his affidavit reads.

He did not call the police because it was not a “normal” situation. – simnikiweh@citizen.co.za