Mayor says better services will address the issue of absorption of the guards. 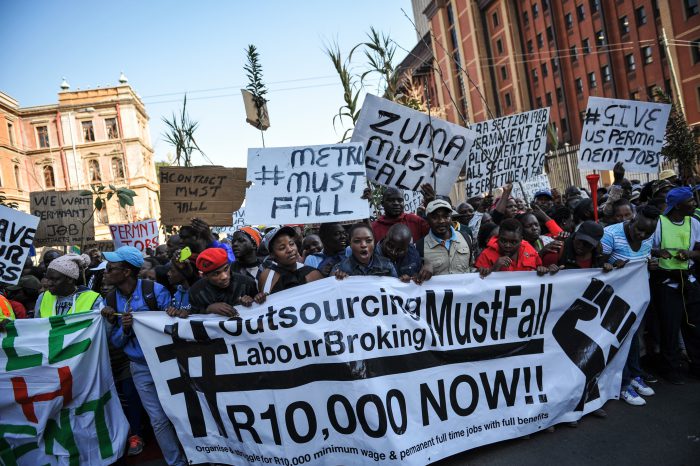 They were calling on the city to create permanent employment for them as the contracts they were currently employed under with several security service providers were nearing an end.

Led by the Economic Freedom Fighters (EFF), the workers demanded they be awarded full benefits within the city and a matric certificate be used as a requirement for permanent employment.

At Tshwane House, city manager Moeketsi Mosola received their memorandum of grievances, agreeing to give the disgruntled workers feedback.

Mayoral spokesperson Sam Mgobozi told The Citizen the mayor’s office would address the issue of absorption of the guards.

“The city must focus on its core business of better services. This is not to say that some workers may not be absorbed.”