Shots fired during transit heist, suspects on the run

One of the wounded suspects has been apprehended. 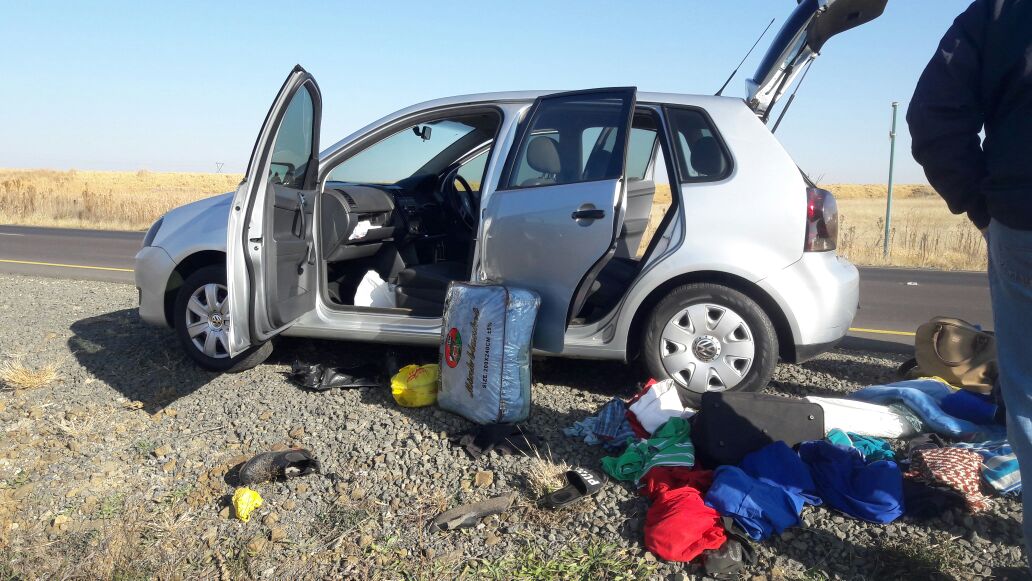 A stationary vehicle on the Bethal Road.

Heavily armed men are on the run after an alleged transit heist on Bethal Road in Mpumalanga, Standerton Advertiser reports .

A pursuit ensued, with members of Kasselman Security Services shooting and wounding some of the robbers.

According to information received, four suspects have been arrested.

Jannie Kasselman, of Kasselman, sent out a WhatsApp voice clip informing golfers at the Standerton Country Club to be on the lookout for any suspicious activity, as four to six armed men were moving in the direction of the golf club as well as the Gert Sibande College.

Jeria Ambulance Services is currently attending to a Fidelity security guard at one of the scenes.

“Mr Jaco van Frans’ bakkie was just hijacked near Standerton’s entrance. Be on the lookout for a white Hilux double cab, registration number DFF 010 MP. Please be vigilant, suspects are heavily armed,” another message sent on the Kasselman Whatsapp group. 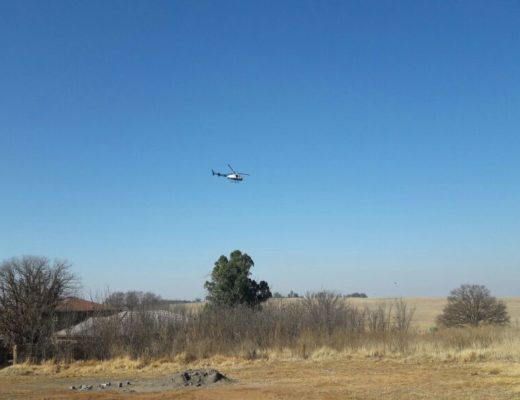 A police helicopter now circling above the Waterfront. (Photo taken 10.32am) 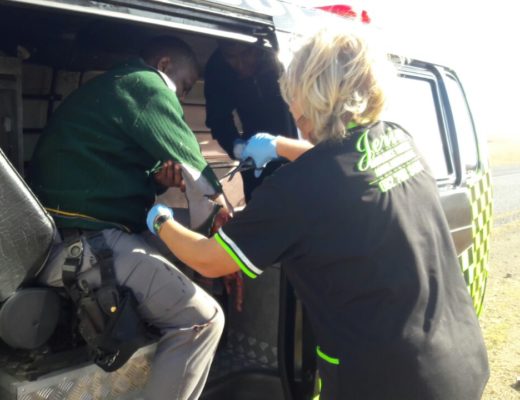 Another message was sent again on the Kasselman group: “There’s is a white double-cab bakkie left abandoned on the R50. Can someone go and check? Possibly involved in this robbery.”

Alida Lake, a Standerton journalist, was on the second scene, where two vehicles have been abandoned. She said: “Lekwa Traffic Department is currently regulating traffic on the first scene. Reinforcement in the form of a police helicopter has been deployed and is currently circling above the Standerton Country Club.”

A suspect has reportedly been apprehended.

Another journalist on scene, Dumisani Zwane, received an eyewitness account of this morning’s transit heist.

The white stolen Hilux was found on Leandra Road, at the first Holmdene turnoff, and the owner as well as the police were on the scene.

The extent of the wounded suspects’ injuries are at this stage unclear.