Flu cocktails are believed by many sufferers of the common winter complaint to be a cheaper. 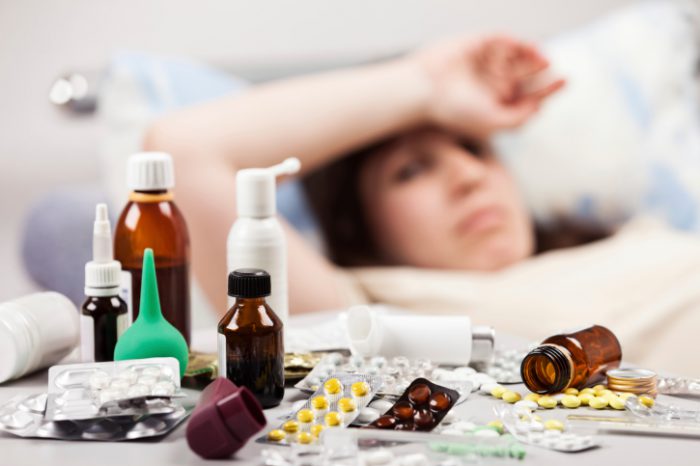 Large pharmacy groups have taken pre-packaged “flu cocktail” medicine combinations off their shelves, following a warning by the Pharmaceutical Society of South Africa (PSSA) that dispensing such concoctions without interaction with a patient is illegal.

However, a number of small chemists are still selling the cocktail. Flu cocktails are believed by many sufferers of the common winter complaint to be a cheaper and less time-consuming way of treating the condition than going to a doctor.

The cocktails – pre-packaged – sell for less than R50 and contain different medicines, often including Ibuprofen anti-inflammatories for pain and fever, as well as sinusitis-combatting tablets, which are to be taken at least three times a day.

According to PSSA, flu cock tails that were prepared, repackaged and sold to the public without interaction with the patient were illegal.

PSSA’s head of Professional Development and Support, Dr Mariet Eksteen, told The Citizen that treatments for flu should only be prepared for individual patients at the point of interaction. “If this process is not followed, then it could be regarded as the sale of an unregistered medicine.

Where pharmacists supply flu cocktails following a brief consultation with the patient is provided for in terms of Section 14 (4) of the Medicines Act,” she said.

“If flu cocktails are prepared before any interaction, then it is in contravention of Section 14 (4) and has always been illegal,” she explained.

The Medicines Control Council (MCC) confirmed that Section 14 (4) allowed for pharmacists to compile a cocktail, referred to as a compound, but that they must label the medicine accordingly, specifying the dispensing date, the medicine included and name of the patient.

But MCC’s registrar of medicines Dr Joey Gouws warned pharmacists of stocking such concoctions in a pre-packaged state, because different tablets may interact with one another, degrading the medicines and leading to a possible poisonous chemical reaction.

“The shelf-life of a medicine is determined during the registration process, based on a number of laboratory quality tests.