The mother said the three girls were traumatised all over again after a rape case ordeal from a year ago. 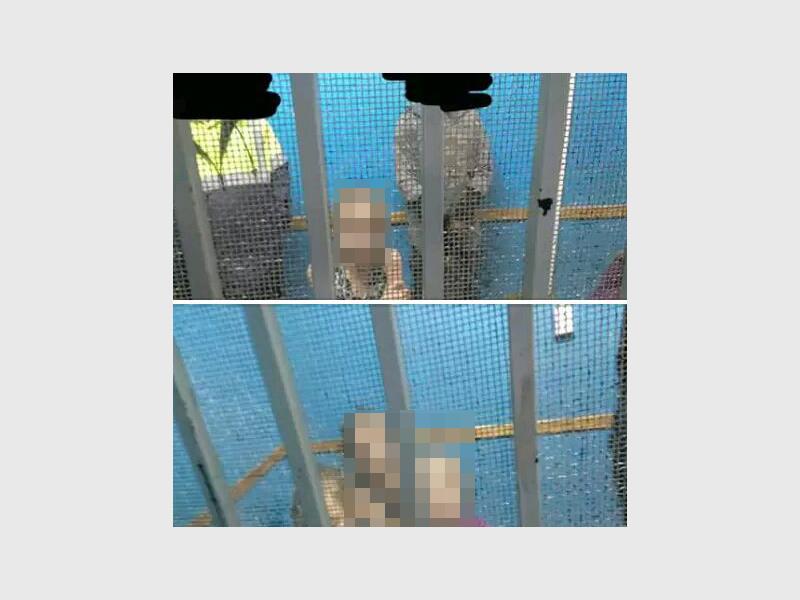 The South African Human Rights Commission (SAHRC) has supplied the family whose three daughters were locked in a cage-like room at the Roodepoort Police Station with the forms needed to lay an official complaint with the commission, Roodepoort Record reports.

However, there is no certainty that the family has submitted the forms or if the commission’s decision on the validity of the complaint is known as yet.

Meanwhile, the family’s lawyer, James Human, has indicated that relatives of the three little girls (11-year-old twins and a six-year-old) will be suing the ministry of police over the incident.

The parents of the girls were arrested on 11 July on charges that seem highly dubious. The three girls and their mother were locked in the room in question for two hours. According to Human, it is alleged there were seven other suspects locked up with them, one of whom was charged with rape.

It has also transpired that the youngest of the three girls was raped three years ago. The case made headline news and the rapist (name withheld) was sentenced to 20 years’ imprisonment. It was not his first sexual offence.

Initially, Roodepoort Record had reported that there was an outrage following a post on Facebook about three girls – two aged 11 and another aged 7 – being locked up in a ‘holding cell’ on 11 July after their parents had been arrested.

The lawyer representing the mother and father allegedly advised them not to disclose the charges, but the mother called the charges “frivolous”.

The parents were arrested in the early afternoon and taken to Roodepoort Police Station. The mother alleged that at no stage the police offered to call family or friends to fetch the girls.

Although there are child-friendly trauma rooms with cheerful pictures and colourful walls, the officers failed to take the children there. The children were kept in a ‘cage’-like room for two hours, allegedly with hardened criminals.