The pedestrian was run over after trying to cross the road. 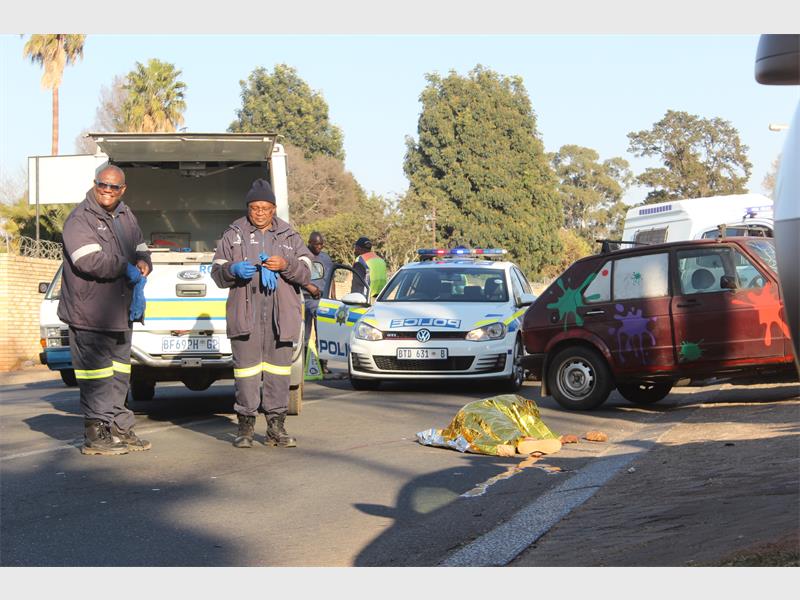 The pedestrian was killed this morning. Picture Sonwabile Antonie

A pedestrian was killed when he was hit by a vehicle this morning (16 August) on the West Rand, Roodepoort Record reports.

The incident occurred on Albertina Sisulu Road near the Pet and Bird Farm, causing traffic problems.

The vehicle was driving towards the Roodepoort CBD when the pedestrian, who was trying to cross the road, was run over.

ER24 paramedics were on the scene to assess the victim, but he succumbed to his injuries. A firearm was allegedly found on scene.

JMPD officers who were also on scene are investigating the incident.