The person claims she studied law. 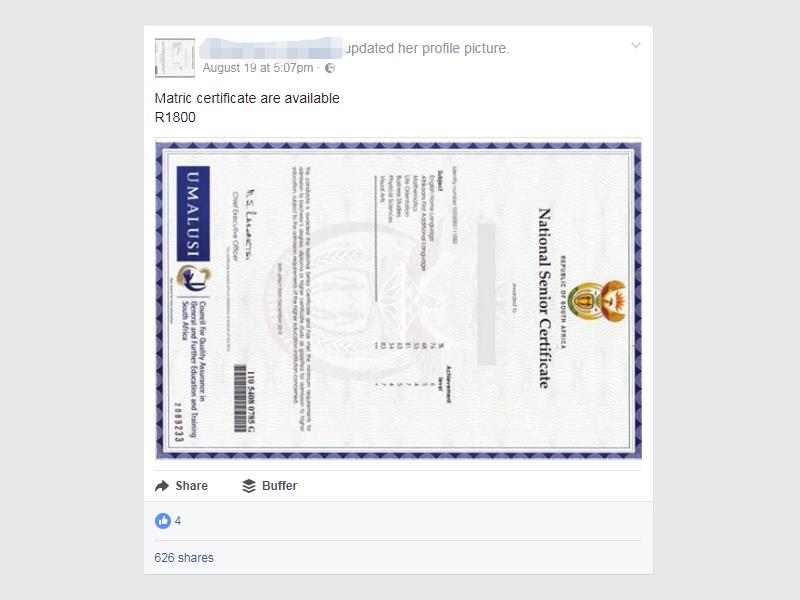 We’re not sure if this is lamentable or laughable, but the media have stumbled upon a woman advertising National Senior Certificates (matric certificates) for sale on her Facebook page, Roodepoort Record reports.

The woman’s name is being withheld, as the matter is being reported to the police to investigate the validity of the page. What makes it even more bizarre is that she even studied law at the University of South Africa (Unisa).

The intro of her profile also reads: “Helping people. Those who can’t reach the maximum points of the National Senior Certificate.”

According to the message she posted on Saturday, 19 August at 5.07pm, a certificate will set you back R1 800.

When the matter was directed to Umalusi, the Council for Quality Assurance in General and Further Education and Training, they referred it to the police.

Is SA’s Victorian-era style education system failing our youth?
3 days ago
3 days ago

Is SA’s Victorian-era style education system failing our youth?
3 days ago
3 days ago