The extent of the damage is unknown at this stage. 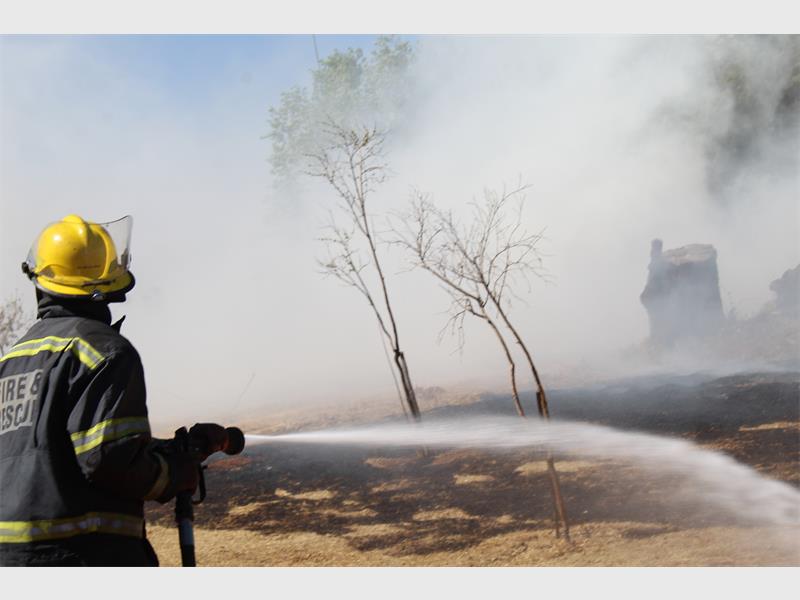 The local fire department on scene.

A cigarette is believed to be the cause of the fire after parts of the sanctuary caught fire on the East Rand on Thursday.

Although the exact extent of the damage is unknown at this stage, site supervisor Chané Henley told the Herald on scene: “The fire went into the reeds and a part of the deck in the park.”

She believes a cigarette was the cause of the fire.

Workers of the park.

She said it started in Wol Street in Helikon Park and that a strong wind caused the fire to move into the park.

Community members, ER24 paramedics, members of the municipality and park workers from the park rushed with water and other equipment to get the fire under control.

The local fire brigade arrived shortly after and took control of the situation. However, they did not want to be photographed.

According to Henley, the fire is very bad for the park, and will have an impact on the Arbor Day that will take place on 7 September at the park.

Arbor Day is a holiday in which individuals and groups are encouraged to plant trees.