New Video: Mass shooting on the N11 near Ladysmith – 11 dead, including taxi boss and daughter

The Klipriver Taxi Association deputy chairperson and his daughter were among the dead. Among the 11 people who were killed on Wednesday morning’s brutal ambush on the N11 were a taxi boss, Klipriver Taxi Association deputy chairperson Mr Muzikayifani Ngobese and his daughter Nozipo Ngobese, Ladysmith Gazette reports.

At around 7am, gunmen who were waiting in the bushes at the top of a steep hill along the Matiwaneskop (Collings Pass) road opened fire as the Nissan bakkie approached.

The shooters riddled the vehicle with bullets. The driver or an occupant of the bakkie, however, had enough control to keep the vehicle on the road for close to 100 metres before colliding at full speed with an oncoming taxi in its lane.

The taxi was filled with teachers en-route to a nearby school. Four of them were killed instantly, with another teacher dying later in hospital.

The driver of the taxi was killed outright.

It is believed that the gunmen, armed with R5s and AK47s, then made their way to the bakkie. Approaching on foot, they executed any survivors in the bakkie – Ngobese, his daughter, two private security guards and Ngobese’s long-serving driver.

They, however, at no time attacked the surviving occupants of the taxi. At least three of the teachers were still alive at that stage. 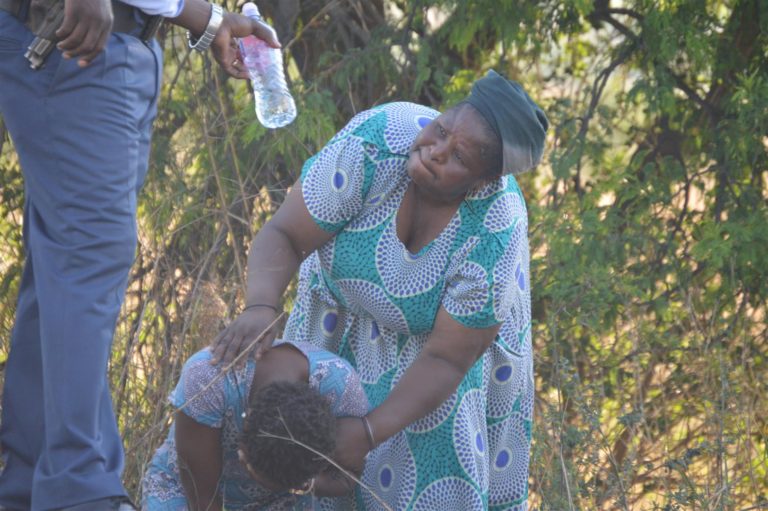 The ambush was carried out with near-perfect military precision, with the occupants of the bakkie having no chance to escape the deadly massacre.

The suspects then fled the scene in a white Toyota Conquest, but were later spotted switching vehicles ofwhich police were hunting for a black BMW shortly after the attack.

An eyewitness saw three heavily-armed men jumping out of a white car and getting into a waiting black vehicle. Police from various elite units – including the National Intervention Unit (NIU), Provincial Taxi Task Team, Public Order Policing from Durban and the K9 Unit – have been rapidly deployed in the Ladysmith area.

Family of the deceased teachers gathered at the scene in the late afternoon and found it difficult to control their emotions on hearing that their loved ones had died.

The teachers were from Matiwane Primary and Masoyi Secondary School, according to the KZN Department of Education.

A docket of five counts of murder and six counts of culpable homicide was opened at Elangslaagte police station and it will be transferred to the Provincial Taxi Task Team for investigation.