After winning the World Championship for a record fourth time, he's already working towards medals in next year's showpiece. 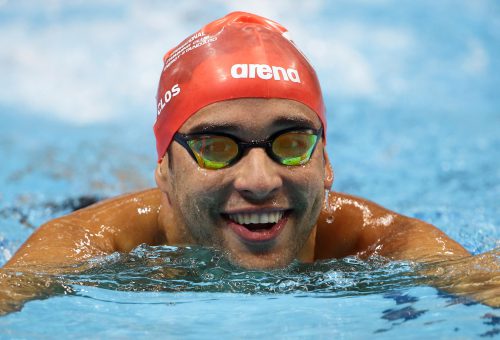 After bouncing back from a relatively disappointing season last year, Chad le Clos is champing at the bit to dive into the pool at the 2018 Commonwealth Games.

Le Clos broke new ground at the weekend, becoming the first man to win the overall Swimming World Cup series title for the fourth time, as he closed out a 2017 campaign which also included a gold medal in the 200m butterfly at the World Championships in Budapest in July.

Having settled for two silver medals at last year’s Rio Olympics, after being touted as a potential successor to American legend Michael Phelps, the 25-year-old South African was delighted to continue his steady rise as he regained his best form.

“It’s been a great season because take it back a year and a lot of people doubted me after the Olympic Games,” Le Clos said.

He racked up a total of 447 points in the eight-leg shortcourse campaign, finishing 114 points clear of Russian runner-up Vladimir Morozov in the final rankings, with compatriot and three-time series champion Cameron van der Burgh ending fifth.

In the process, Le Clos bagged R2.1 million for the series crown, along with R1.4 million he earned for taking two of the three clusters of World Cup galas.

“The money’s great, so I’d be lying if I said it wasn’t a motivation, but also coming here and racing top guys, that’s what it’s about,” he said.

After securing seven medals at the previous edition of the Commonwealth Games in Glasgow in 2014, equalling the record held by Australian Ian Thorpe, he hoped to shine again at next season’s showpiece on the Gold Coast.

“This year’s been important to me, mentally, and with the hard training,” Le Clos said.

“I’m excited about the Commonwealth Games in April. I start work already.”