Singh told the parliamentary inquiry 'the possibility of me being in Dubai is possible'. 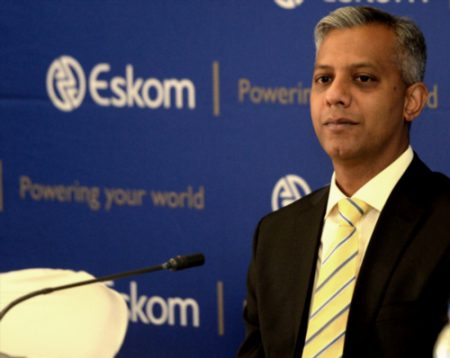 In claiming ignorance, Singh effectively denied media reports that a number of trips by himself to Dubai on the Guptas’ tab happened at the time of major deals between Gupta entities and the parastatals he worked for.

The Times previously reported that Singh was in Dubai on December 17-24, 2015, and stayed at the Oberoi hotel on the Gupta tab. The publication said it had evidence Singh made four other trips to Dubai between June 6, 2014, and February 26, 2015.

Singh resigned from his position at Eskom yesterday, and the new board accepted his resignation. According to a press release from Deputy President Cyril Ramaphosa’s office over the weekend, the new board was instructed to “remove” Singh and former acting CEO Matshela Koko.

Parliamentary evidence leader Adv Nthuthuzelo Vanara asked Singh whether he was booked at the Oberoi Hotel with Rajesh Gupta and Ashu Chawla. “The possibility of me being in Dubai is possible,” Singh responded to Vanara, who further asked him if he meant he could not recall being present or had never been to Dubai with the pair.

READ MORE: Anoj Singh, the middleman in the Eskom-Trillian-McKinsey triad

“I have seen the Gupta brothers in passing in Dubai. We passed each other in the hotel,” Singh said.

He was then asked to explain whether it was possible he was there, but was simply unable to explain the circumstances under which the trip was arranged.

On the question of governance issues at Eskom, Singh was reminded of a statement he made in which he said there was a shortage of non-executive directors on the board, which had a negative effect on the company. He was asked who should take the blame for this anomaly.

“I assume it’s the minister,” he said, and continued: “Yes, it [the issue] was discussed and raised in the annul review the board undertakes in terms of its activities. My recollection is that we raised it through independent annual reviews. Yes, in short [the minister would have known about it]. 2016 AGM if not both [2017].”