A director of one of the companies alleged to have offered the service denied this, but unequivocally said he would do so if requested. 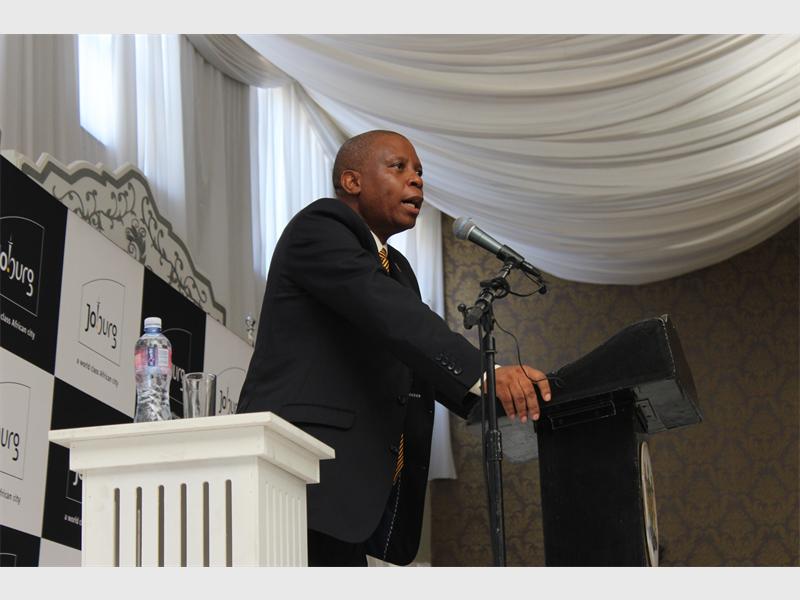 Mayor Herman Mashaba’s office has denied granting companies he is linked to unfettered access to the City’s corporate and shared services department, to the extent where it offers free business advisory services to the City.

Mayoral communications director Luyanda Mfeka has told The Citizen this is not true, but rather the “mayor leveraged his years of experience in business and his own personal networks to connect the City with expertise from the commercial sector, which conducts no business with the City, so as to obtain advice on the best means of conducting the City’s insourcing exercise”.

“This undertaking was also done on the explicit understanding that the assistance given would not entitle the company to any existing or future business with the City,” Mfeka explained.

Not entirely true, say sources who spoke to The Citizen on condition of anonymity. They allege Mashaba has roped in a company he has links to to offer advisory services to the DA-led City of Joburg without explaining the criteria used to select the companies.

They also argue that if Mashaba’s administration practices what it preaches, this decision should have been publicly communicated to enable other companies to offer the service. They also questioned the lack of local governance expertise in the companies Mashaba is said to have sought advice from.

Mfeka denied this, saying the mayor, after seeking guidance from mayoral committee “on the matter before the voluntary assistance was provided”, used his own networks to mobilise expertise that were in turn “volunteered to the City at no cost by private individuals and within the appropriate parameters”.

Mfeka said that allowed the City to “go beyond its own constraints to improve services that benefit all our residents, and at no additional cost” and Mashaba “believes this something to be applauded”.

The source alleged that a few weeks ago, a Broad-Based Black Economic Empowerment company Mashaba was an executive chairman of provided business advisory services to the corporate and shared services department. It has investments in financial services, mining, construction, transport and logistics. An interview with Moneyweb and Mashaba’s profile on Free Market Foundation confirmed he was the executive chairperson a few years ago.

“As a result of expertise provided, the City is now in a position to move ahead with the insourcing of 4 000 contract security guards into the City, bettering job security and the lives of those contract workers. In the interest of transparency, the City remains committed to addressing valid concerns that have been raised.

“Where wrongdoing is alleged, we encourage those with information to step forward and, where appropriate, provide evidence thereof. Indeed, this administration’s hallmark is acting swiftly against wrongdoing where it is established,” said Mfeka.

Nicholas Frangos, a director of the company alleged to have offered the service, said he had never been in any meetings with City of Joburg officials or offered services to the shared corporate services. If asked to do so, Frangos said he would welcome the opportunity to do so “in the spirit of good citizenship”.

Mfeka said the media and the public were encouraged to “approach the relevant authorities to investigate alleged wrongdoing” if they found Mashaba’s conduct questionable, and added “the mayor has disclosed all his interests to the Council’s Integrity Officer as required by law. That office, which is independent of the Mayor’s office, remains satisfied with the disclosures made”.

Mfeka said the advice had nothing to do with the “institutional review” project. He said that project was now at the bid-specification process after the previous tender was cancelled when a company owned by former eThekwini municipal manager Dr Mike Sutcliffe reached out of court settlement after he protested it was riddled with tender irregularities.

Mfeka disclosed, however, that some work had been done on the project: “The high-level design was approved by Council on 28 September 2017, but rescinded on 30 November 2017. In the period leading up to Council’s decision in November, the developmental work done according to the original tender requirements provided valuable data and solutions for utilisation by the City.”

In terms of the organogram, bearing in mind that the cancelled review report recommended the reduction of departments and executive directors as well as amalgamation of municipal entities into departments, Mfeka said the City still retained the 38 executive directors who all reported to the municipal manager. Twelve of them are in charge of the entities with six vacant positions.