Zuma reportedly refused to resign, threw down the gauntlet at NEC

This afternoon presser was rescheduled to ensure 'all necessary communication protocols, including direct communication to ANC structures on the NEC decision, are complied with'. 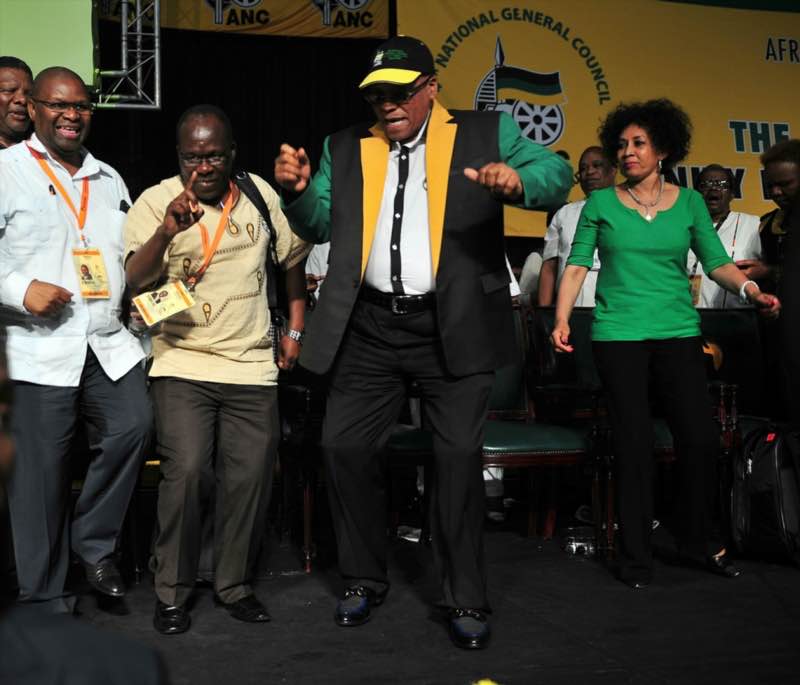 For the second time under a fortnight, former ANC president Jacob Zuma is understood to have defied his own political bosses and told them he will not accede to their demand that he resign.

The marathon special national executive committee (NEC) meeting of the ruling party got under way at St Georges Hotel in Irene, just outside the Pretoria CBD, yesterday afternoon. It would be almost eight hours later when party president Cyril Ramaphosa and secretary-general Ace Magashule could be dispatched to Zuma’s official residence, Mahlamba Ndlopfu, in the capital city.

Journalists camped outside the venue of the NEC meeting noted how the motorcade believed to be ferrying Ramaphosa and Magashule left Irene and returned just more than an hour later. When the pair returned, the meeting continued well into midnight, with several publications reporting this morning that more than half of the NEC still wanted an opportunity to speak just after 2am.

Unconfirmed media reports and online accounts of various sources claimed, however, that at the behest of the NEC, the two leaders were delegated to inform Zuma that the NEC had decided he should resign within 48 hours or face the indignity of being impeached.

If true, the time frame will allow Zuma to chair tomorrow’s Cabinet meeting, as that deadline expires by midnight on the same day. The request for Zuma to be able to chair the Cabinet meeting is reportedly one of the conditions Zuma submitted to Ramaphosa last week before Luthuli House informed the country that the extraordinary NEC meeting scheduled for last week Tuesday had been cancelled.

It is also alleged that upon arrival at Mahlamba Ndlopfu, the two leaders almost didn’t make it inside Zuma’s official residence. It is understood the head of state took exception to being woken up towards midnight on a matter the leaders could have waited to discuss in the morning.

After a bit of negotiation and frantic calls by the two leaders, the gates were opened and the two leaders were able to meet with a combative Zuma. Treasurer-general and ANC Gauteng chairperson Paul Mashatile last week shared with the media how he personally found it difficult to communicate official party messages to Zuma, as he had degenerated to a point of personally insulting leaders who tried speaking to him about the issue of stepping down.

The City Press reported how Zuma had lost his temper during one of the meetings and referred to deputy president David Mabuza as “mfana ndin [you little boy]”. It is claimed last night was no different as Zuma maintained a less than cordial posture, a situation that resulted in Magashule telling Ramaphosa to “deliver the message” as he had nothing to do with and moved closer to Zuma as Ramaphosa related the NEC’s decision.

It is believed that Zuma then presented a fresh set of conditions, which included that he chairs the Cabinet meeting tomorrow one more time and being given three months’ reprieve. The unverified reports said he wanted to use the time to play his part in a smooth transition, including “introducing” Ramaphosa to international bodies such as the AU and Brics and acting as an emissary between the country’s deputy president and international leaders.

A motorcade believed to be that of Magashule was seen arriving at Mahlamba Ndlopfu earlier this morning. The ANC has changed its 12pm press conference to 2pm, citing “the need to ensure that all necessary communication protocols, including direct communication to ANC structures on the NEC decision, are complied with”.