Gigaba will deal corruption a blow by quitting his job – Outa

The organisation wants government to show commitment towards fighting corruption.

Reacting to the budget speech delivered yesterday, the Organisation Undoing Tax Abuse (Outa) is outraged that taxes have been increased, but clear plans and interventions for the recovery of state-owned entities are missing.

“The last few weeks have brought a new sense of hope to the country with the change in leadership and clear actions that signal the address of corruption and maladministration. However, Budget 2018 leaves OUTA concerned about the practical implementation of the promises,” says Ben Theron, Outa COO.

The civil society group singled out state spending, including an increase in the cost of the executive, as worrisome and is not satisfied that Finance Minister Malusi Gigaba has not given the country a comprehensive plan “to eliminate systematic corruption or even costed a budget yet for the already running commission of inquiry into state capture.”

“Minister Gigaba is still trying to mislead society by conveniently spouting vague promises without giving clear action to implement them. The extension of guarantees in SOEs such as Transnet, Eskom and SAA, whilst necessary for stability, fails to address the plans to rebuild these institutions and stop future guarantees. The hints of privatisation of SOEs is encouraging and, in this regard, SAA should be disposed of as soon as possible,” said Theron.

Outa is also not convinced that Gigaba has a solid plan to grow the economy: “The vague statements on the stabilisation of balance sheets of SOEs provides no certainty or confidence to avoid further bailouts.”

The organisation is “pleased” that Gigaba “managed to find the money to get the free higher education promise started, but he seems to have forgotten that those students will soon need jobs”.

It warned that a constant increase in personal income tax puts more strain on overburdened taxpayers and cautioned the plan to adjust medical aid tax credits to fund “a very vague” National Health Insurance “will place taxpayers in a worse position”.

“Taxpayers are sick and tired of seeing taxes increase year after year without material improvement in governance. Any increase in the tax burden on society is extremely frustrating against the backdrop of rampant maladministration and corruption,” said Theron.

“We are positive that President Cyril Ramaphosa will take state capture seriously and reduce corruption. As such, we see the Budget and tax increases as a necessary bitter pill to swallow, courtesy of Jacob Zuma and his ineffective Cabinet,” said Wayne Duvenage, Outa CEO.

Theron added that while they trusted government would reduce spending and waste in order to ensure that there were no further increases in 2019, they would continue to monitor government spending: “Minister Gigaba, in your speech by saying we must fight corruption and maladministration, lead by example and resign.” 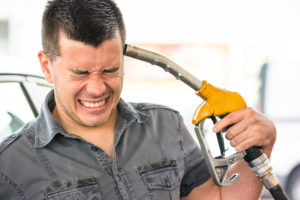 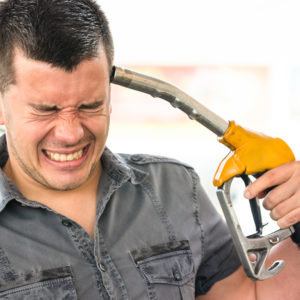