Minorities are concerned the majority is now pushing aside the safeguard on minority rights in the constitution, the foundation says. 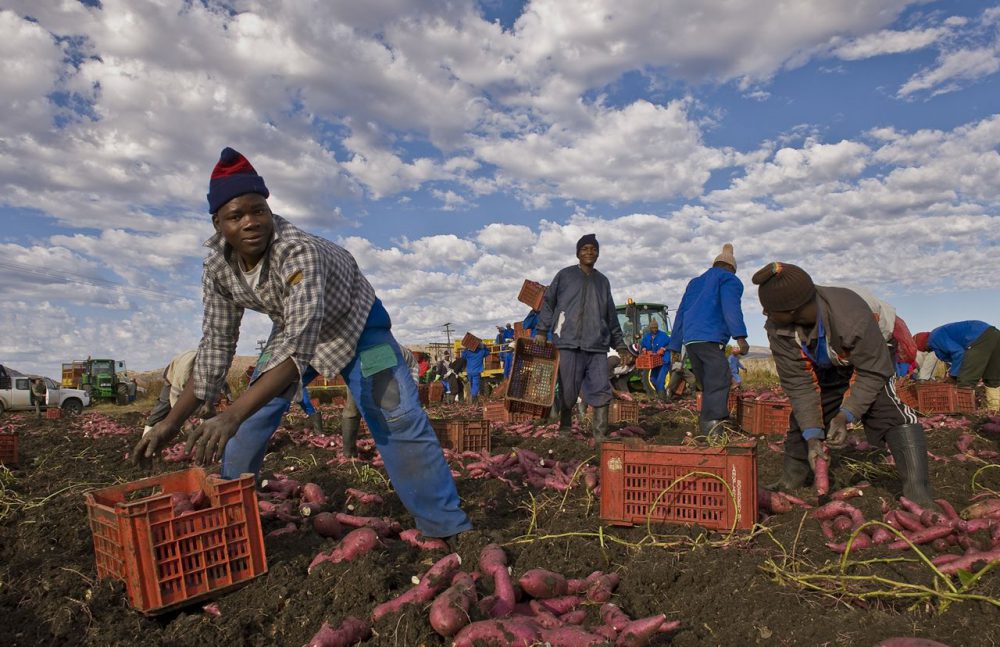 Employees dig up sweet potatoes on a farm in Brits, near Pretoria, on June 23, 2009. Picture: AFP PHOTO / FRANCOIS XAVIER MARIT

The FW de Klerk Foundation is concerned that the status of minority rights is hanging in the balance with the current parliamentary process to have property rights reviewed in the constitution.

The parliamentary review committee is expected to open up the debate on changing Section 25 of the constitution to expropriate land without compensation for public participation.

While the aim of the parliamentary resolution is to speed up the process of land reform, Dr Theuns Eloff, executive director of the foundation, said this was being done in a way that threatened the very foundations of property rights, which would affect South Africans of all race groups.

He also said it was “a regressive manoeuvre” by parliament that would do nothing in terms of racial reconciliation.

“I think there is widespread concern among minorities about the safeguard in the constitution around culture, language and religion.

“But this is obviously outside of that.

“This is about, in the first place, property rights and, generally, it’s a concern that the majority is now pushing aside that inherent and explicit safeguard on minority rights in the constitution.”

He pointed out that, according to AgriSA, black South Africans controlled 46% of agricultural land and that current legislation provided a sufficient framework for land reform.

“The problem with the constitution and land reform, which was what former president Kgalema Motlanthe pointed out in the overview report on land reform, is that the fault of the problems lie with government.

“It lies with capacity and political will.

“It lies with government not giving black farmers security of tenure and land recipients not having the capacity to farm.”