Two elderly sisters said they were grateful that their father was found after he was hanged in 1963 by the apartheid government. 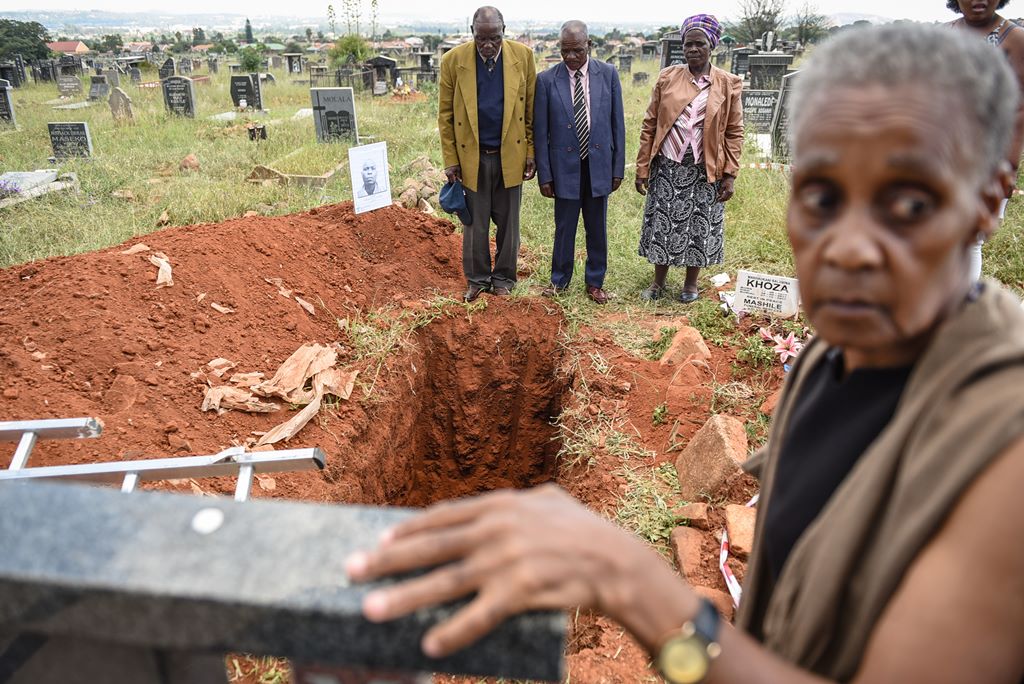 Family members stand around the grave of PAC member Maqadaza Magushe, who was hanged on 30 May 1967 at the age of 32. Picture: Jacques Nelles

Two sisters stood highly emotional in front of the open grave of their father Joseph Bhazalele Mqhitsana, who was one of nine members of the Pan Africanist Congress’ armed wing, Poqo, who were exhumed yesterday in the Mamelodi West cemetery, east of Pretoria.

They were all hanged in the apartheid years and buried in unmarked graves.

Mqhitsana shared a grave in the Mamelodi West cemetery with Aaron Kinki Njokwana, 23. Both men were hanged in Pretoria on 11 December 1963 for the killing of three young women who had transgressed Poqo rules.

Victoria Mangesi, 65, and her sister Ntombizanele Mqhitsana, 59, stood silently staring at their father’s picture and the open graves, with his bones visible to them.

“Finally. We are so grateful that out father has been found,” Mqhitsana said.

“I do not hate anyone. It won’t help and it won’t do any good,” Mangesi said, as she recalled that the last time she saw her father was when he said he was going to work.

The TRC Unit in the Department of Justice and Constitutional Development, together with the Missing Persons Task Team (MPTT) in the National Prosecuting Authority, also exhumed the remains of Maqadaza Magushe, 32, Goduka Gelem, 38, and Mcdonald Mgweba, 30, who were hanged on May 30, 1967.

Mokushane said at least 60 PAC members were hanged in the 1960s.

“The nine PAC members to be exhumed this week arise out of the period of intense political protest in Paarl in 1962 when members of Poqo based in the single men’s migrant worker hostels in Mbekweni township undertook a series of campaigns and attacks on suspected informers and white residents.

“The period of protest culminated in a mass night time march on the white town of Paarl in November 1962 in which two whites were killed.

“In all, nine people were killed by the PAC protesters that year. A total of five PAC protestors were shot dead by police,” Mokushane said.

Man at peace after exhumation of brother’s body