The police officer told the court Mokoena's mother informed her that Karabo's sister had been given her passport and ID by a cleaner where the accused lived. 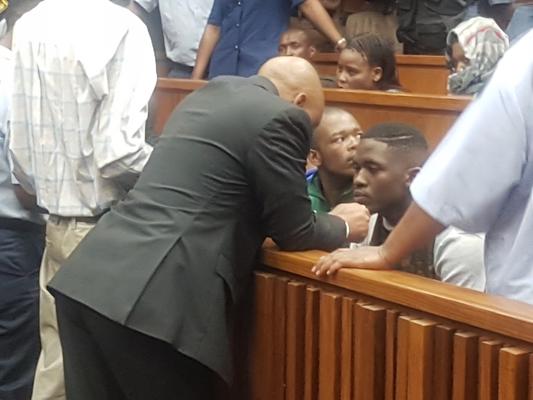 A sergeant who arrested Sandile Mantsoe, who allegedly killed his ex-girlfriend Karabo Mokoena, told the South Gauteng High Court on Wednesday that the accused admitted to the murder.

“Captain Mhlongo was with Sandile, and told me that he said he killed Karabo,” said sergeant Matshidiso Maseko from Diepkloof Police Station.

Earlier, Maseko told the court that she worked on cases involving domestic violence and missing persons an,d on May 10, Karabo Mokoena’s mother, Keabetswe, came to report her daughter missing and that she had a boyfriend named Sandile Mantsoe.

“I called Sandile and he last saw Karabo on the 27th April. He said she was at his apartment and he accompanied her to get a taxi.”

Maseko said that Mokoena’s mother informed her that Karabo’s sister had been given her passport and ID by a cleaner.

“We then drove to Sandton where Karabo’s sister was.”

Maseko told the court when they arrived at Sandton Sky apartments where Mantsoe lived, they met with the manager.

“We asked him to show us Sandile’s apartment. We knocked and there was no response.”

“We went back downstairs and asked the manager to show us CCTV footage and before that the manager called Sandile and told him the police were looking for him and he said he was in Lyndhurst and would be back around 21:00.”

Maseko said while viewing the CCTV footage they saw Mantsoe with Mokoena at around 16:00 on the 27th April 2017.

“Around 02:00 on the 28th, Karabo and Sandile went into the lifts of the apartments and at 21:57 Sandile went to fetch a dustbin from downstairs.”

“We checked the apartment and we didn’t find Karabo and when we checked the carpet, I found it wet and it had stains that looked like blood.”

Maseko said Mantsoe told her that he was selling the apartment and the estate agent was coming to view it.

She notified Mantsoe that he was being arrested for kidnapping because he was the last person to see Mokoena.

Defence advocate Victor Simelani cross-examined Maseko about what she saw on the CCTV footage and what Mantsoe was arrested for.

“They walked in the apartments together and they were not talking,” Maseko told Simelani.