Siya Kolisi's appointment as the first black captain of the Springboks has been, for the most part, positively received. Some, however, have taken to social media to voice their dissatisfaction. 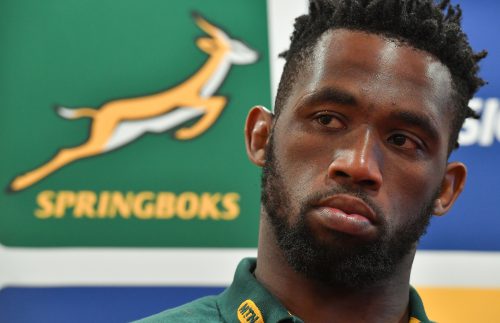 Sadly though, not all South Africans are happy about Kolisi’s promotion to captain by Springbok coach Rassie Erasmus. Several mainly white social media users have expressed their dissatisfaction.

Several of these posts have labelled Kolisi a “quota player”. Others have described his appointment as a “political selection”.  “Now is the time to remove the name and Springbok emblem because SA Rugby became a joke (sic),” said one post.

These responses show the massive gulf in public opinion regarding transformation in sport. While many feel that not enough is being done to ensure South Africa’s sports teams represent the demographic makeup of the country, others are resistant to any effort to do so. In this particular case, it’s important to note Erasmus has stressed that Kolisi was chosen on merit, and is not a “quota player”.

One Twitter user posted her response to all those who have reacted negatively to Kolisi’s captaincy.

Some black Twitter users have also expressed that they can’t share in South Africa’s joy, saying that in 2018, Kolisi’s status as the first black Springbok captain was long overdue, too little too late or something that should be the status quo already, rather than a newsworthy or unusual occurrence.

Other social media users have picked up on the fact that Kolisi is married to a white woman. This has led to some comparing Kolisi to Mmusi Maimane, saying that both are examples of tokenism.

Responding to some to those who have voiced criticism about Kolisi’s selection as captain based on his current form, Erasmus said: “I’ve seen Siya go through some tough times this year as captain and as a player.”

“But I know him as the guy who’s always playing well and is a great leader.”

Most of South Africa is behind our new captain, as seen in the tweets below.

Congrats AGAIN to @Siya_Kolisi on the Bok captaincy. Always felt he should've had the honor to lead our Green and Gold to victory. Even in a very badly coached team he acquitted himself and always gets stuck in. #hardworkpaysoff #Springboks