The DA leader, however, emphasised that it should be left up to the judicial system to decide on what fair compensation should be. 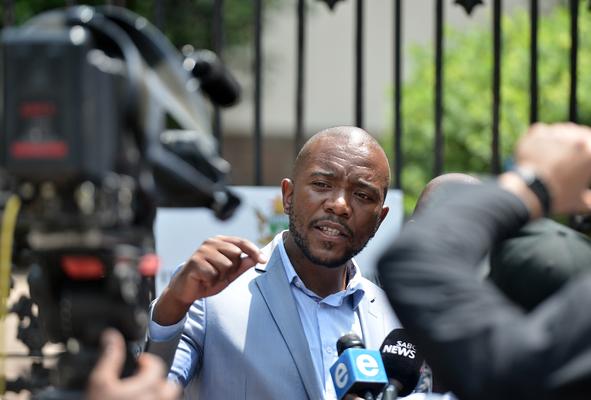 File. DA leader Mmusi Maimane addresses the media after a brief meeting with the Zimbabwean ambassador at the Zimbabwean embassy in Pretoria on 31 February 2019. Picture: Oupa Mokoena/African News Agency (ANA)

EFF spokesperson Dr Mbuyiseni Ndlozi has questioned a comment from DA leader Mmusi Maimane about land reform, in which he discussed land reform with compensation.

Maimane was speaking about the party’s policies on 702 with Eusebius McKaiser and fielded a question from a caller regarding the party’s position on whether land should be redistributed.

Maimane answered that compensation should take place, apparently even in cases where land had been “historically stolen” from the original inhabitants.

“In terms of restitution, we are of the complete view that we don’t need an amendment of the Constitution. Expropriation without compensation already happens in our country. It just happens to black South Africans who don’t have title [deeds]. Therefore, if we give titles to citizens, we can ensure that they can be able to be just and equitably compensated, according to what Section 25 of the Constitution says. I am arguing that where there is a debate around compensation, we can then deal with what the judicial system can do.”

Fielding a question from McKaiser on whether it was morally just for compensation to be provided for land that had been stolen from indigenous inhabitants, Maimane made it clear that all land was subject to possible compensation if it was being redistributed or expropriated.

Compensation should still happen, he explained, to avoid a situation where politicians could decide on who got the land, leading to possible large-scale abuse. He said people’s rights needed to be protected, first and foremost and that it should not be up to politicians to come to conclusions on which piece of land was “stolen” and which not.

“I am saying the determinant of that compensation ought to be the judicial system.”

Ndlozi, whose party is famous for not only calling for land expropriation without compensation, but wants all land to be nationalised, then took to Twitter, apparently appalled by Maimane’s view.

“There you go… DA believes that thieves must be compensated for stolen good[s],” he wrote in a tweet.

There you go… DA believes that thieves must be compensated for stolen good! https://t.co/oCrKj0Ch1E

"We don't need an amendment of the section 25 of the constitution.

@MmusiMaimane basically Mr Maimane you saying stolen land must be returned but compensation must be paid? Is that a correction paying somebody who stole from you? Are you paying that person for stealing from you? In other words your in support of crime against humanity.

Maimane had also in his interview pointed to the success of the DA’s land reform programme in the Western Cape, where he claimed that they had already given title deeds to 100,000 black South Africans and that the agricultural sector was benefiting from their equity programmes.