The ANC elections head used the resurfacing of an old clip as an opportunity to cast shade on the Cope leader for his Ramaphosa 'spy' allegations. 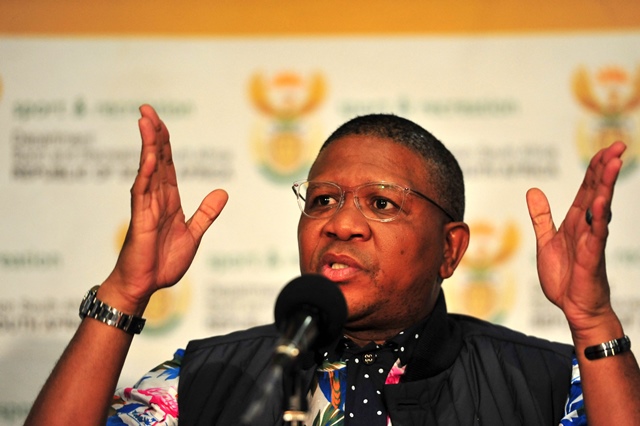 ANC elections head Fikile Mbalula has advised Congress of the People (Cope) leader Mosiuoa Lekota to go for counselling after old footage of him breaking into tears resurfaced on social media.

Lekota, in the video, was at a Cope media briefing, in part outlining hardships during the negotiations during the last years of apartheid. Speaking in July last year, he said then president FW de Klerk appealed to them to have a conversation around reconciliation. Some ANC members were steadfast in remaining – in their view – true to the people of the country and were against any meeting with De Klerk.

“Comrades died during that era here in Pretoria, many of our people were hung there,” said Lekota before he broke into tears.

Lekota is going through some personal transformation… pic.twitter.com/jyoaz35HVa

The clip comes from an interview with TimesLive in which Lekota also expressed disappointment at the ANC’s decision to back a policy of land expropriation without compensation.

In the interview, Lekota defended white people’s right to land in South Africa, saying the land was not stolen but bought. He went on to defend King Goodwill Zwelithini’s Ingonyama Trust too.

Mbalula used the clip to hit back at Lekota, in what was a faux expression of sympathy.

“Ntate [Mr] Lekota, I go through such emotions sometimes thinking about struggle years and brave warriors, I know exactly how it feels, and worse to accuse caders [sic] of being sellouts very bad,” he said in a tweet.

He advised Lekota to consider going for counselling.

Lekota, on day two of the state of the nation address (Sona) debate, told members of parliament that President Cyril Ramaphosa had written to the apartheid Special Branch in the 1970s, claiming his fellow struggle comrades had put communist ideas in his head. This was in a bid to avoid imprisonment on Robben Island, according to Lekota.

Ramaphosa responded to Lekota’s claims a day later, telling the public gallery that he had never been a spy, if that was what was being suggested.

In dismissing Lekota’s claims, Ramaphosa said the debate was meant to be used as an opportunity to discuss Sona issues, but several speakers had misused the platform for personal attacks, vitriol, and identification.

Parliamentary privilege means normal laws around defamation do not apply, and MPs can basically say whatever they like, even if it is defamatory.