According to the ADP chairperson, those in power are using migrants as a scapegoat for failing to deliver to the electorate. 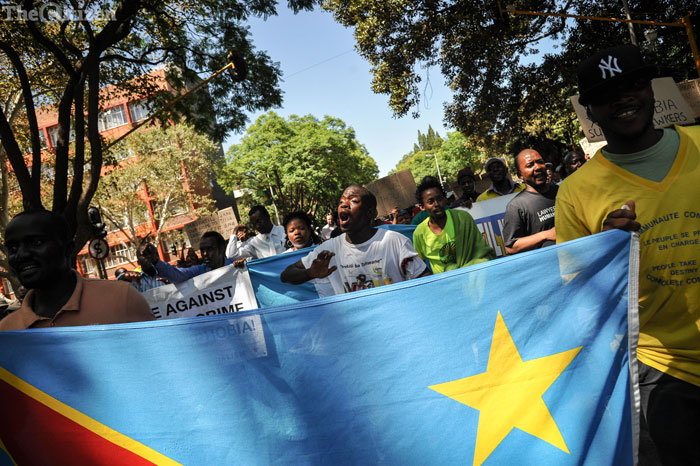 Foreign Nationals are seen during their march against Xenophobic violence, 9 March 2017, the marchers gathered in burgers park and marched to the Union Buildings, Pretoria. Picture: Jacques Nelles

Politicians who blame foreign nationals for crime and the collapse of public healthcare are inciting more xenophobic violence, according to two human rights organisations.

“We understand the pressures of seeking election or re-election in politics. Election season always brings mudslinging and certain ills with repercussions that have far-reaching consequences. “

But no matter what the circumstances are, we cannot gamble with human life and incite people to do the wrong thing to save their own skins,” the African Diaspora Forum (ADF) and Africa Unite said in a joint statement.

This was after Gauteng premier David Makhura had said that certain types of crimes were committed by certain foreign nationals and that South Africa should start billing their respective governments for health services delivered and the cost of crime perpetuated.

The organisations added that it had been claimed that migrants occupied four out of five hospital beds. But this was inaccurate as it would mean there were four times more migrants in South Africa than South Africans or that migrants got sick more often, they said.

“These are not just xenophobic sentiments, but it’s also incitement of violence and hate speech. The [incident involving] Zulu king (Goodwill Zwelithini) is the perfect example of what happens when leaders make irresponsible statements, putting innocent people in danger,” he said.

Sibanda said those in power were using migrants as a scapegoat for failing to deliver to the electorate.

He said that even the rat infestation in Alexandra township had been blamed on migrants, when in fact it was caused by the authorities’ failure to collect the rubbish. This was what happened when politicians ran out of excuses, he added.

“This is the dangerous rhetoric repeated every election year, whipping up anti-migrant sentiments to cover up their service delivery failures.

“This is the populist way out, pinning the blame on migrants to divert the electorate’s anger about collapsing healthcare, lack of service delivery and the failure to deal with crime,” Sibanda said.