No more picnicking at Alberton Dam

With the amount of pollution and dead fish in and around the dam, family outings to the dam have sadly become a thing of the past. 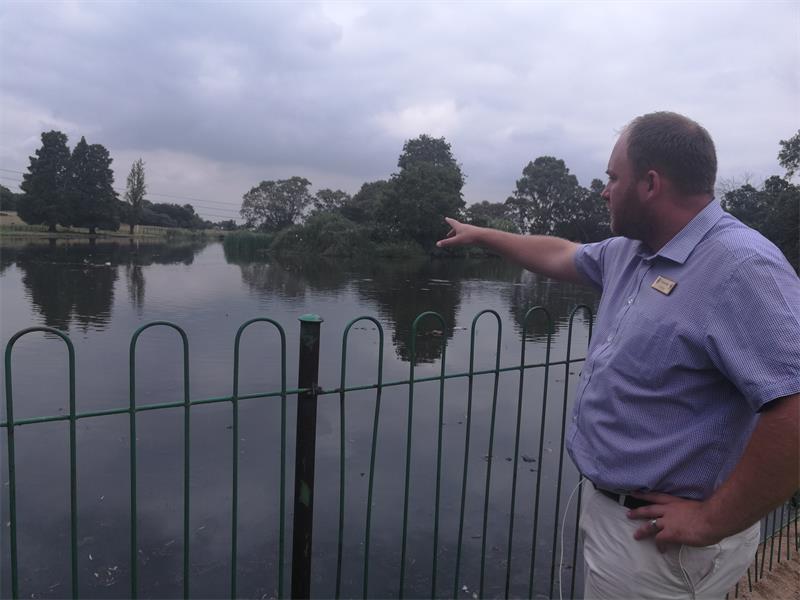 Councillor Tiaan Kotzé shows the Alberton Record how low the water levels are.

Alberton Dam used to be a place where families gathered for a picnic or braai, but today residents stay as far away from the dam as possible.

According to Alberton Record, a typical visit to Alberton Dam has been ruined by sewerage, slime, and an oil basis in the water. There are also a lot of dead fish floating in the dam, and the smell is unbearable. The Alberton Record accompanied Ward 37 councillor Tiaan Kotze to the dam, and on top of all the other problems, also noticed that someone was dumping oil into the dam.

“I think that one of the nearby factories are dumping oil in the dam. This can not only be seen in the water, but also on the grass near one of the sewerage drains,” Kotze said.

According to him, the oil and the sewerage in the dam are most probably the cause of fish dying. Not only is the water very dirty, but the dam levels are also low. 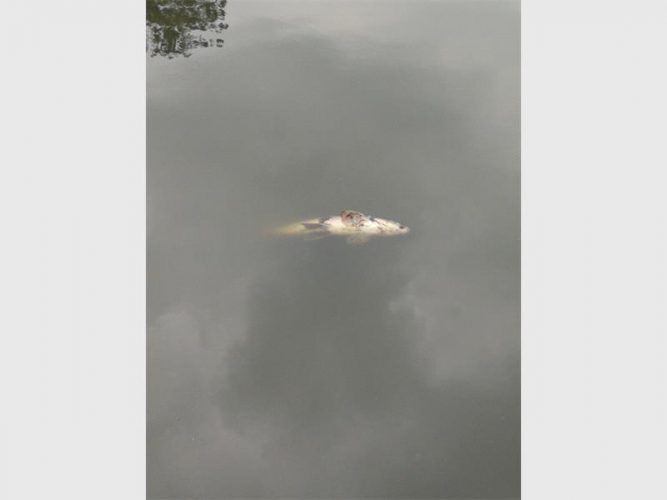 Dead fish are also floating in the Alberton Dam.

“There is even a school suitcase in the water,” he said. 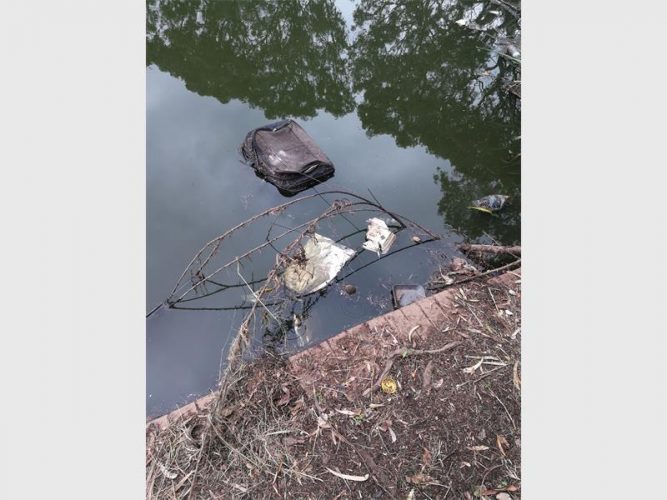 All kinds of rubbish, even old school bags, can be seen floating in Alberton Dam.

The park around the dam is full of litter that has been carelessly discarded. Beer bottles, empty meat packets, and paper are visible around the dam – needless to say, those visiting the dam don’t find any use for the dustbins provided.

“Visiting the dam was an outing for families over the weekends, but due to the state of the dam and also because of all the public drinking there, residents rather choose to stay away,” said Kotze.

“Although some of the areas are really nice and well maintained, we found that other areas were very neglected and something needs to be done,” he concluded.

Alberton Record is still awaiting a response from the city of Ekurhuleni Metropolitan Municipality.

EXPLAINER: Shell's seismic tests in the Wild Coast
8 hours ago
8 hours ago

EXPLAINER: Shell's seismic tests in the Wild Coast
8 hours ago
8 hours ago