Why living in SA isn’t all doom and gloom

While optimism is hard to come by these days, things are getting better, ever so slowly. 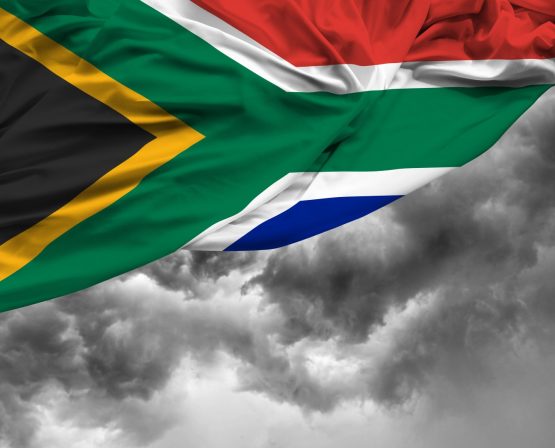 Poverty rates have declined over the last decade, but 14m people are still unable to afford basic necessities. Picture: Shutterstock

Listening to the daily corruption report from the Commission of Inquiry into State Capture one can easily miss some shards of optimism glinting through the cloud cover.

FTI Consulting’s The future of South Africa report released this week has some encouraging words from CEOs such as Discovery’s Adrian Gore and Goldman Sachs’s sub-Saharan Africa CEO Colin Coleman, who breaks rank with many of his peers in forecasting reasonably strong growth of 1.9% in 2019 and 2.8% by 2021.

Coleman says a good target for SA is to get back to 3% growth within three to four years. “During the Thabo Mbeki years, we were growing at 4% and during the Jacob Zuma years, at 1.5%. Over the combined period we had an average 3% growth rate.”

South Africans tend to wallow in gloom, which leads them to make erroneous predictions. In a recent survey involving 28 countries, South Africans gave the least accurate guesses on global and national development figures.

Gore points out that South Africans tend to obsess over the problems of the day and move on quickly to the next one: HIV, crime, labour unrest, the Eskom crisis, state capture and land expropriation. “It is precisely because these problems change that they cannot be intractable,” he says. “I’m not minimising these problems. They are tragic and need to be solved. I’m making the point that we have the ability to gain traction on these issues, albeit at times in a messy way.”

Claire Lawrie, senior MD at FTI Consulting, points out that SA tends to mirror global economic cycles and is currently lagging global growth rates. A key sign of improved outlook is the rise in foreign direct investment, which last year touched 2.25% of GDP.

Poverty rates are down over the last decade, though 14 million people are still unable to afford basic necessities.

Lumkile Mondi, Wits University lecturer and economist, says SA is headed for a difficult period of low growth akin to the 1988-1994 period preceding the country’s first democratic elections. The growth of the black middle class was a result of state intervention and preferential procurement for black people. We first need to accept that we are in a crisis before we can get out of it, he says. “We’re going to see more violence as claims having to do with the past come up. There [are] no consequences for breaking the law in SA. We need to reclaim our democracy.

‘Everything seems to be about BEE’

“SA has too many competing interests, and everything seems to be about BEE.” He cited the example of a much-needed Highlands Water Project phase that was held up by the relevant minister because there were not enough BEE participants.

Investec group economist Annabel Bishop agreed that SA is going to have to go through a period of repair, similar to 1994, when it took five years to fix national finances. SA has yet to benefit from the upswing in commodity prices, in large part because of higher energy and deep-level mining costs.

Dr Rod Crompton, director of the Energy Leadership Centre at Wits University, says several transformations are happening simultaneously, including deindustrialisation and IT modernisation.

“Only organised business can save the country,” says Crompton. “It needs to come out from behind the parapet and play its part.”

One sector to watch as an engine of growth is the gas and petroleum sector following the massive gas discovery by oil company Total off the SA coast. The centre of power in energy will shift from the state to the private sector, and this will undermine the business model of municipalities which generate revenue from electricity sales.

For a new democracy, SA’s public sector swallows 16.7% of GDP, well above that of other Brics countries and on a par with Sweden. “The public sector contributes 16.7% to GDP and 16.3% to employment, but takes a 35% share of South Africa’s total wage bill. This is a strain on public finances and reigning it in will be the litmus test of whether the government is taken seriously on sound economic management. There is a growing public perception that the public sector does not provide value for money for the services delivered,” says the report.

Bishop says business confidence is at levels previously seen during the global recession in 2009. SA risks credit rating downgrades on the weakness of government and state-owned company finances. “The private corporate sector has been increasingly crowded out by the substantial fiscal expansion of the past 10 years, as government debt has escalated rapidly, the budget deficit has widened and government expenditure consistently exceeds revenue.” Gini coefficient (the higher the score, the greater the inequality)