The Sharks’ to-do list against the Jaguares to kick on

The Durbanites set a massive benchmark last week. Now they need to reach is consistently for the rest of the Super Rugby campaign. 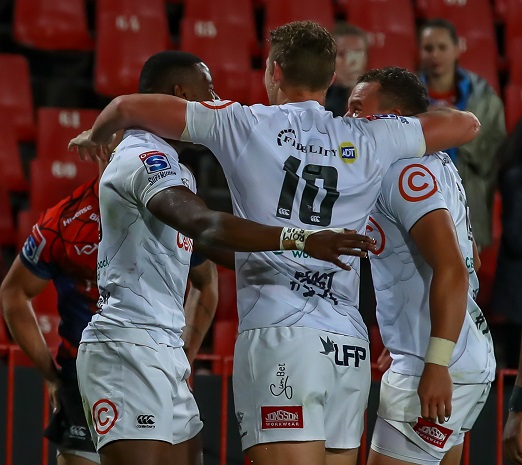 The benchmark the Sharks set in last weekend’s magnificent 42-5 humbling of the Lions at Ellis Park is understandably high.

Not only did it showcase the potency of a settled squad, but also shine renewed light on why a team capable of such class has performed so inconsistently to date.

However, if coach Robert du Preez is to be believed, the Durbanites turned a corner in Doornfontein and are now ready to continue shifting to higher gears.

But they face a tough assignment on Saturday at home against the mercurial Jaguares.

These are the issues they’ll need to address to finally claim back-to-back victories for the first time since round 2.

“After all the emotions of last week, it’s going to be a challenge. All the guys wanted to play for Beast. It’s going to be a tough act to follow, but one of our goals was to win all our home games and we’ve already lost two here. That in itself is a big motivation, we want to do it for our fans this week,” said Du Preez.

Expect the best from schizophrenic opponents

“We need to on our guard 100%. The Jaguares are an international team, all of them are internationals. They’re big, physical boys and they’ve got a good skillset. We know what this challenge will entail. It’s now about doing our jobs and know what to expect,” said skipper Louis Schreuder.

Schreuder should embrace being in the leadership limelight more this week

“To be honest, it doesn’t feel (as if I shoulder more responsibility because Mtawarira and Coenie Oosthuizen are being rested). Beast and Coenie deserve their rest, they’ve done good work for us. But we still have a strong leadership core. Philip van der Walt is back in the starting line-up and he’s one of our main leaders. If everyone does their job, my job will be quite easy,” said the Sharks scrumhalf.