Meanwhile, the ANC said it was appalled at the decision, while the DA accused the court of discriminating against the track star. 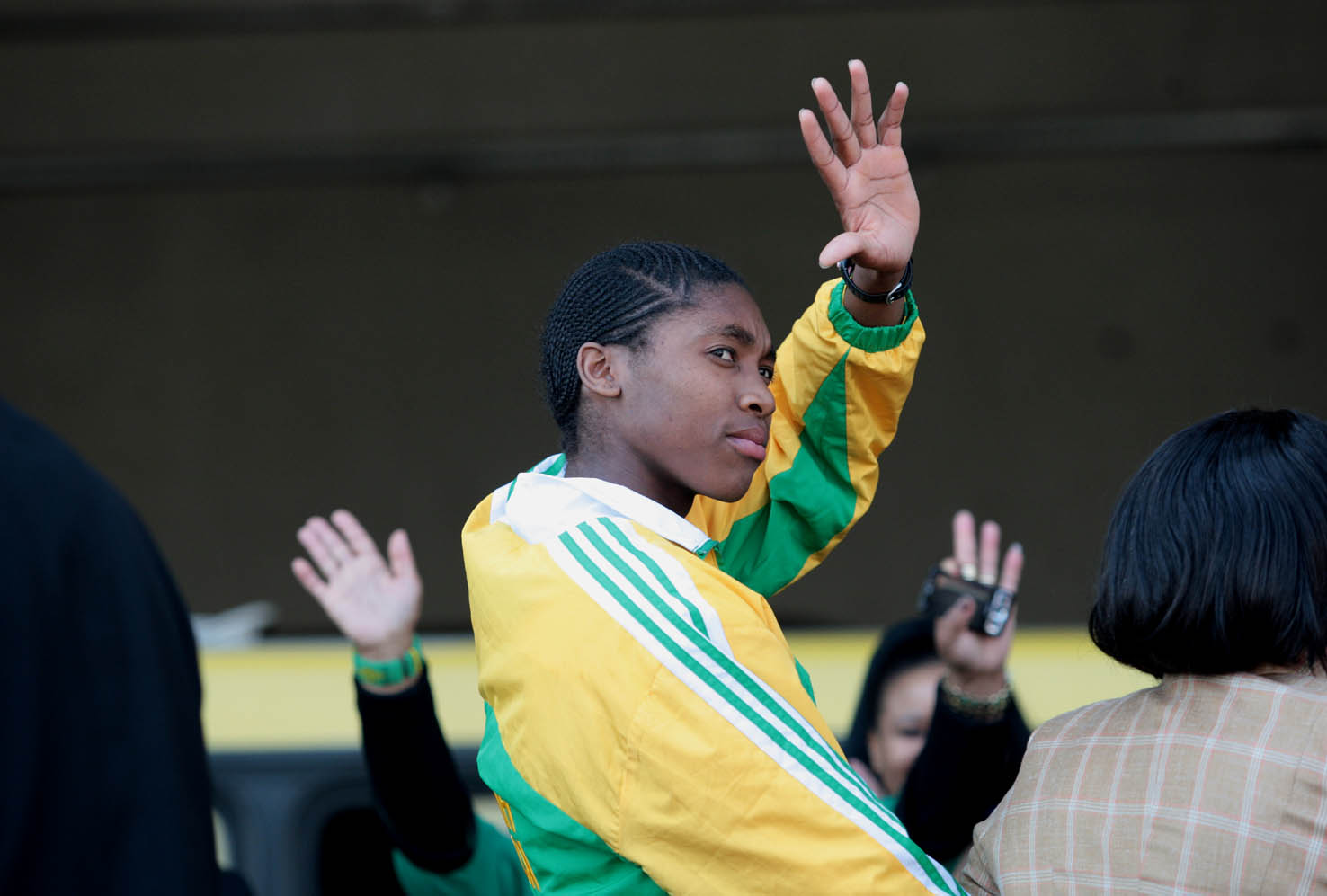 Caster Semenya waves to a crowd at OR Tambo International Airport in Johannesburg in 2009 when controversy began clouding her international track success. Picture: Werner Beukes / SAPA

Middle-distance runner Caster Semenya says she will consider taking the fight back to court after losing a long-running battle against the International Association of Athletics Federations (IAAF).

The Court of Arbitration for Sport (CAS) confirmed on Wednesday it had dismissed requests for arbitration filed by Semenya and Athletics South Africa (ASA) in their attempt to have controversial new IAAF regulations overturned.

“Ms Semenya is reviewing the decision with her legal team and considering whether to file an appeal,” Semenya’s lawyers said in a statement.

The new rules would force athletes with differences of sexual development (DSD) to take medication in order to reduce their natural testosterone levels to 5nmol/L in order to compete internationally over distances ranging from 400m to the mile (1.609km).

“By the majority, the CAS panel dismissed the requests for arbitration considering that the claimants were unable to establish that the DSD regulations were ‘invalid’,” CAS said in a statement.

“The panel found that the DSD regulations are discriminatory but the majority of the (three member) panel found that, on the basis of the evidence submitted by the parties, such discrimination is a necessary, reasonable and proportionate means of achieving the IAAF’s aim of preserving the integrity of female athletes in the restricted events.”

CAS added, however, that it was concerned about the practical application and implementation of the regulations, as well as the side effects of the medication athletes were required to take, and it suggested the IAAF rule not be applied to the 1 500m and mile events until more evidence was provided that DSD athletes had an unfair advantage.

The regulations would need to be continually reviewed moving forward, the court added, and potential changes could be necessary.

Semenya called for the IAAF to commission an independent panel of experts to produce an “unbiased assessment” of the need for and methods of regulating the rules before implementing them.

“In the interim, Ms Semenya believes that it is irresponsible for the IAAF to proceed with the implementation of the DSD regulations,” Semenya’s legal team said.

The IAAF said its new regulations, which had been temporarily put on hold while the CAS decision was pending, would come into effect on May 8.

“As the regulations expressly state, the IAAF will keep all practical matters of implementation under periodic review,” the IAAF said.

Semenya and ASA, who had received support from the South African government, the SA Sports Confederation and Olympic Committee (Sascoc) and the United Nations Human Rights Council, had taken the IAAF to court last month after CAS had cleared the global athletics body’s new regulations.

Despite her defeat in court, Semenya could continue to compete without taking hormone suppressants, as the IAAF rules did not incorporate the 5 000m distance, an event at which she had displayed real potential.

Should she want to defend her Olympic 800m title next year, however, she would need to abide by the new regulations.

This would see her being sidelined for at least six months, and the medication she was required to take was likely to hamper her progress on her return to the track.

Meanwhile, the African National Congress (ANC) said it was appalled at the decision handed down.

The official opposition Democratic Alliance also voiced dismay and accused the court of discriminating against the track star.

The ANC said in a statement that the IAAF, a body meant to be the custodian of the values for athletics, acted in a prejudicial manner that divides rather than unites athletes.

The ANC said it was disheartening to learn that the court ruled against Semenya in her fight to be treated equally and without prejudice.

“The ANC joins millions of South Africans in reiterating its support for equal treatment for Caster Semenya by the International Association of Athletics Federation (IAAF).”

The ANC said the sporting arena had always been a contested terrain.

“We have had the ignominy of the Olympics being hosted by the racist Nazi regime in 1936. We have also had the sporting community shun and isolate the apartheid regime, and not allow apartheid athletes to compete on the international stage. As the ANC, we had hoped that the IAAF would remember its past, both good and bad, and do the right thing. Unfortunately, the IAAF chose expediency at the expense of [the] natural talents of athletes like Caster Semenya.”

The ANC commended Semenya for the way in which she conducted herself throughout the ordeal.

“It would have been very easy for Caster to exhibit anger, on the contrary she has been the epitome of grace and charm. “

The ruling party further called upon on the international sporting community to raise their voices at what it called an injustice.

“The UN Human Rights Council resolution adopted in March 2019 on Caster Semenya should serve as a lodestar in guiding not only the sporting fraternity, but the rest of the world in establishing fair rules that protect and uphold the human rights and dignity of others.”

The UNHRC adopted a resolution tabled by South Africa to defend Semenya’s rights to participate in sport.

The DA said IAAF policy on the matter was “wholly discriminatory” to female athletes who happen to have higher testosterone levels in their bodies.

In a statement, the DA said it supported a remarkably talented athlete who had made the country proud.

“She has encouraged other young female athletes to participate in sports and to believe in themselves. She has flown our flag high and has consistently raised the bar in the global sports fraternity, despite opposition that has been levelled against her natural abilities. Caster Semenya deserves the right to compete just like all other female athletes before her.”

The DA further called upon the South African Sports Confederation and Olympic Committee (Sascoc) and the SA government to provide greater support to Semenya, and use all available processes to oppose this decision and fight for her right to compete on the international stage without having to take any drugs.