But it's still one step at a time. 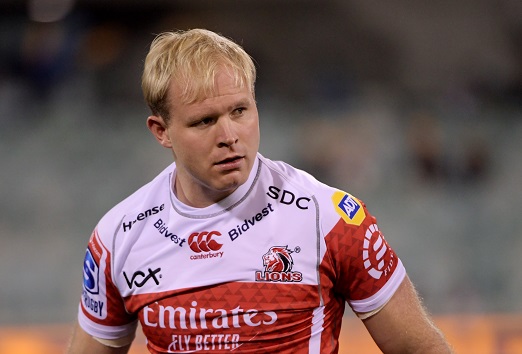 Ross Cronje is confident the Lions will be back in business when the Currie Cup gets going this weekend. Picture: Getty Images

Returning to action from their bye, the Lions are fully focussed and charged up – and they are eager to make their final six matches of the Super Rugby competition count, according to experienced scrumhalf Ross Cronje.

Having won one of three games on tour in Australasia, the Lions were set to play four of their remaining fixtures at home, starting with a clash against the Waratahs this weekend.

“Home-ground advantage is massive, but it won’t just happen. You have to make it happen,” Cronje said.

“It’s nice to be home. I thought the results didn’t show the progress we were making, but the boys are on the same page, so I’m excited about this weekend.

“We have six games to go but we are just focussing on the Waratahs, who will be a big challenge. If we end up in the playoffs it will be fantastic but we are not looking past this weekend.”

Having welcomed back head coach Swys de Bruin and defence coach Joey Mongalo, who returned early, Cronje said their absence had not had as much impact as people expected.

“Sometimes a bit of change is good, but at the same time we were missing two quality coaches, so maybe it was a little bit disruptive,” he admitted.

“But the guys stepping in did a fantastic job and [stand-in coach Cash van Rooyen] was calm and an absolute champion.

“Coach Swys was obviously in touch with him and coach Joey was sending messages through, so I felt they were still there.”

Regular captain Warren Whiteley was likely to be sidelined for another two weeks with a knee injury and had been missed.

“Warren is a huge leader, even off the field, and one thing people don’t realise is his workrate off the ball. He is organising, he is talking on the field and his leadership is incredible. He’s one helluva rugby player.

“After a game, I don’t know how he stands up the next morning.

“The work that he gets through, you do miss that. We have guys who can fill in, but there’s no fitter rugby player that I know of in this country.”