The Durbanites' coach makes a risky selection that has already prompted a backlash. 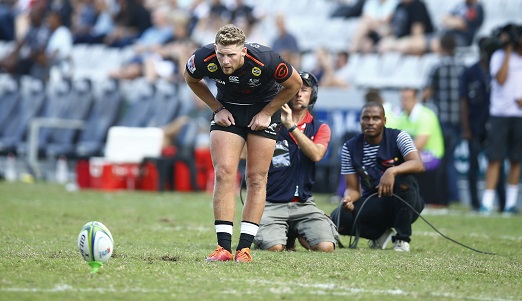 While he’ll argue that he’ll only be seen a few more weeks in a Sharks jersey anyway, Robert du Preez jr’s swansong is in danger of going distinctly sour.

His father and head coach, Robert, has surprisingly entrusted him with the No 10 jersey in tonight’s make-or-break meeting with the Jaguares in Buenos Aires.

It’s not supposed to be an awkward development, but it is.

Du Preez snr copped flak in last weekend’s loss to the Hurricanes in Durban after he brought his eldest son on for fullback Aphelele Fassi, who seemed to be yanked off for making one mistake.

It meant a composed Curwin Bosch was shifted to the No 15 jersey and his influence was markedly less.

As a result, the old parrot cry of nepotism has re-emerged and perhaps places unnecessary pressure on a team that’s already being weighed down by criticism for underperforming yet again this season.

The Sharks have been accomplished tourists in 2019 and have, in fact, performed better away from home.

It’s the type of game that Du Preez has controlled well on occasion, though one could argue that Bosch has been doing it consistently this season too.

Either way, it’s a selection that places the Sharks’ already flimsy playoff prospects in more jeopardy.