If there is evidence of wrongdoing by a judge, lodge a complaint – JSC

On Friday, EFF leader Julius Malema threatened to 'take up arms' if judges do not do their jobs properly. 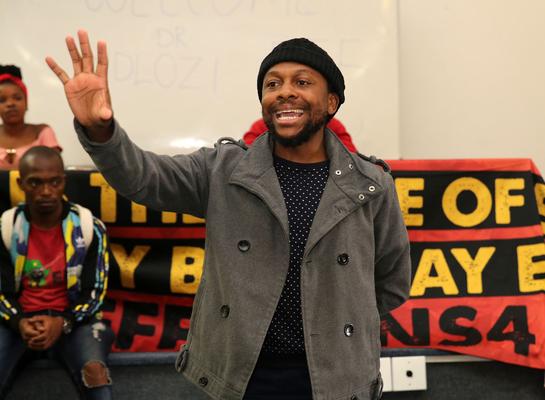 If anyone has evidence of any wrongdoing by a judge, they should lodge a complaint with the Judicial Service Commission (JSC), judiciary spokesperson Nathi Mncube told News24 on Wednesday.

Mncube was responding to questions about the criticism of the judiciary by some EFF members.

Pillay was a former deputy commissioner at Sars.

Ramaphosa was successful in his application.

Speaking to reporters shortly after the judgment, Ndlozi said Gordhan was treated as though he was above the law, adding the EFF was worried the public protector’s office was being stripped of its “bite”.

“We are in a situation where the powers of the public protector can now be suspended just like that, but also it is this sickening idea that Pravin Gordhan is above the law…”

In May, Mkhwebane ordered Ramaphosa to discipline Gordhan for “unlawfully and improperly” authorising Pillay’s early retirement.

But Judge Molopa-Sethosa found the president had acted reasonably by not immediately disciplining him.

In her ruling, she said: “It is mindboggling why, in this matter, the public protector did not even consent to at least … have the remedial action stayed, pending finalisation of the review application.”

Ndlozi said the judgment was “poorly argued”, tweeting the judge could not even read her own judgment.

On Friday, EFF leader Julius Malema threatened to “take up arms” if judges do not do their jobs properly.

Malema said if judges judged according to who appeared before them, “they must know we will be left with no option but to take up arms because there is no neutrality in SA”.

He added a biased judiciary would force South Africa into the “bush”.

Speaking to News24, Mncube said the judiciary’s view had always been that judges came with a package and if there was evidence of wrongdoing by a judge, people should report it.

He added Chief Justice Mogoeng Mogoeng previously mentioned that he too had been insulted before, to a point of being called a criminal.

“If people hold the view that there has been some sort of wrongdoing, or have evidence of incompetence, evidence of taking instructions on how to prepare a judgment, evidence of being influenced one way or the other by other people other than considering what has been presented before them, then they should lodge a complaint with a subcommittee of the JSC, which is the judicial conduct committee.”