A Knysna-based English teacher is adamant that aspersions cast on Kurash’s integrity on social media and in media reports are 'a travesty of justice'. 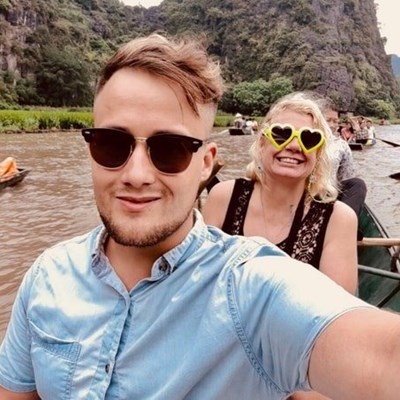 Even if there is a grain of truth to the painful and gruesome theory that missing South African teacher John Bothma, 23, has been abducted in Vietnam by an organ harvesting ring, his family and the police can rest assured that his bubbly and loving American girlfriend, Jody Kurash, “has absolutely nothing to do with it”.

So says an English teacher from Knysna, who befriended Kurash and stayed in the same hotel as Kurash and Bothma in Vin Phuc province in Northern Vietnam. She is adamant that aspersions cast on Kurash’s integrity on social media and in media reports are “a travesty of justice”, reports George Herald.

Bothma, from Roodepoort, made contact with his family and Kurash for the last time on May 18, just days before he was due to return to South Africa, while a second South African man, 28-year-old Mushfiq Daniels from Cape Town, disappeared on July 5.

Both taught English and disappeared in Ho Chi Minh City. The shocking possibility that the men may have fallen prey to an organ donor syndicate was aired by Imtiaz Sooliman of Gift of the Givers earlier in mid-August.

This has caused severe distress to the families as well as to Kurash, leading to Sooliman stating that the organ scenario remained pure speculation, but that it could not be ruled out.

Sooliman said it was thanks to public awareness created by the Gift on the Givers that the Vietnamese authorities, Interpol, and the South African department of international relations and cooperation (Dirco) have launched a nationwide search in Vietnam in the hope of tracing the men.

“Vietnam is very dependent on foreign English teachers and tourism is huge revenue, so once we brought the disappearances into the spotlight, they started working on the cases in earnest,” said Sooliman.

The VNExpress stated: “It has been reported that both befriended an American woman before going missing.”

This is an inaccurate rehash of a South African news report, as the men did not know each other, and had friendships with separate American women.

ALSO READ: ‘It could be organ harvesting,’ says Gift of the Givers on missing SA men in Vietnam 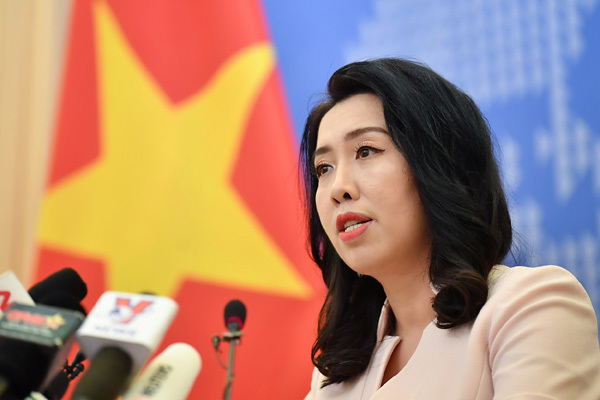 The 51-year-old woman from Knysna, who has contacted George Herald to speak out on behalf of Kurash, befriended the American in Vietnam while they were both teaching English. The Knysna friend, who we will call Sue, asked that her name be withheld for fear of victimisation on social media. Kurash has been subjected to extreme attacks on Facebook since Bothma disappeared.

Sue, who returned to Knysna in April this year, met Kurash and Bothma as a couple when she arrived in Vietnam early in 2019.

“Jody is about my age and a wonderful, soft person who won’t hurt a fly. She is thoughtful and generous and loves buying her friends presents. She was very good to John and they had lots of fun together.”

When Bothma disappeared, Kurash was in Europe for a Syracuse University reunion.

Media got it wrong

Bothma’s aunt, Santjie Dixon from Roodepoort, spoke to him on the afternoon before he went missing, and is reportedly very unhappy with some media statements attributed to her.

“Some journalists published things I supposedly said without ever speaking to me. When I realised John was missing, the first person I phoned for information and help was Jody. John was incredibly happy in Vietnam and never gave me any reason for concern. I reject the talk of organ harvesting, but in the end, the truth will prevail. It always does.”

She has distanced herself from Sooliman’s speculation about an organ-harvesting ring.

In a WhatsApp conversation with Dixon before he vanished, Bothma told his aunt about the possibility of a new job about 70km from Ho Chi Minh City.

“He texted ‘I am going down’. I asked what he meant and he responded ‘Down to Ba Ria’.”

In their subsequent telephone conversation, he once again said “I am going down” and then explained that he was going to Cambodia – apparently for a job interview. She asked him if he was feeling down and he said he was feeling “pensive”.

Sue said that to her knowledge John needed to do a “visa run” to Cambodia as his visa was expiring before his return to South Africa, which would have caused problems for him, as he intended to go back to Vietnam after his South African stay. John was 22 at the time and turned 23 on June 26.

Both Kurash and Sue told the George Herald that Bothma, who had some South African friends in Vietnam with bad habits, cleaned up his act a month before he disappeared and started living a squeaky clean life.

“He did not drink or use any other substances, he went jogging and ate more protein. He was really focused on his health,” Kurash said.

Sue said the amount of alcohol that the young foreign teachers in Vietnam consumed was truly worrisome.

“Bad things can happen to them if they drink so much.”

Sue and Kurash said Bothma, who was often strapped for cash, jokingly spoke of selling one of his kidneys. According to Sooliman, people in Asia in dire need of a transplant were willing to pay up to US$200,000 for a kidney. Sue said she didn’t know where Bothma got the notion of selling an organ, but that she and Kurash immediately slammed the idea.

“I told him it was the silliest thing ever! He is a youngster and thinks a million rand is a lot of money, but I told him that the money would quickly be gone and then he was minus a kidney. I did not give it another thought and wrote it down to idle talk by an immature boy.”

Kurash is considering taking legal action against a South African media house that she said created the impression that she could be involved in Bothma’s disappearance. She has also written a letter to Sooliman demanding that he retract his “false statements” about her.

She said it was extremely harmful to her career, and that she even feared arrest although she was innocent and there was no evidence against her. Sooliman told George Herald he was misquoted and that he never implicated Kurash in John’s disappearance. He does, however, maintain that she is a “person of interest”.

Kurash told the paper that the police should call up Bothma’s phone records, as they would be able to establish his movements during the days leading up to and after May 18, as he often made use of a taxi service called ‘Grab’.

“I know he spent the night of the 17th at Nine Hostel in Ho Chi Minh City, but he cancelled his stay-over for the 18th that he had booked through CouchSurfing, a social media platform offering free lodging.”

Kurash provided George Herald with the WhatsApp conversation between Bothma and his would-be CouchSurfing host that shows he cancelled his bed for the night at 6.19pm as he was at a party. His passport was later found at Nine Hostel where he stayed the night before. 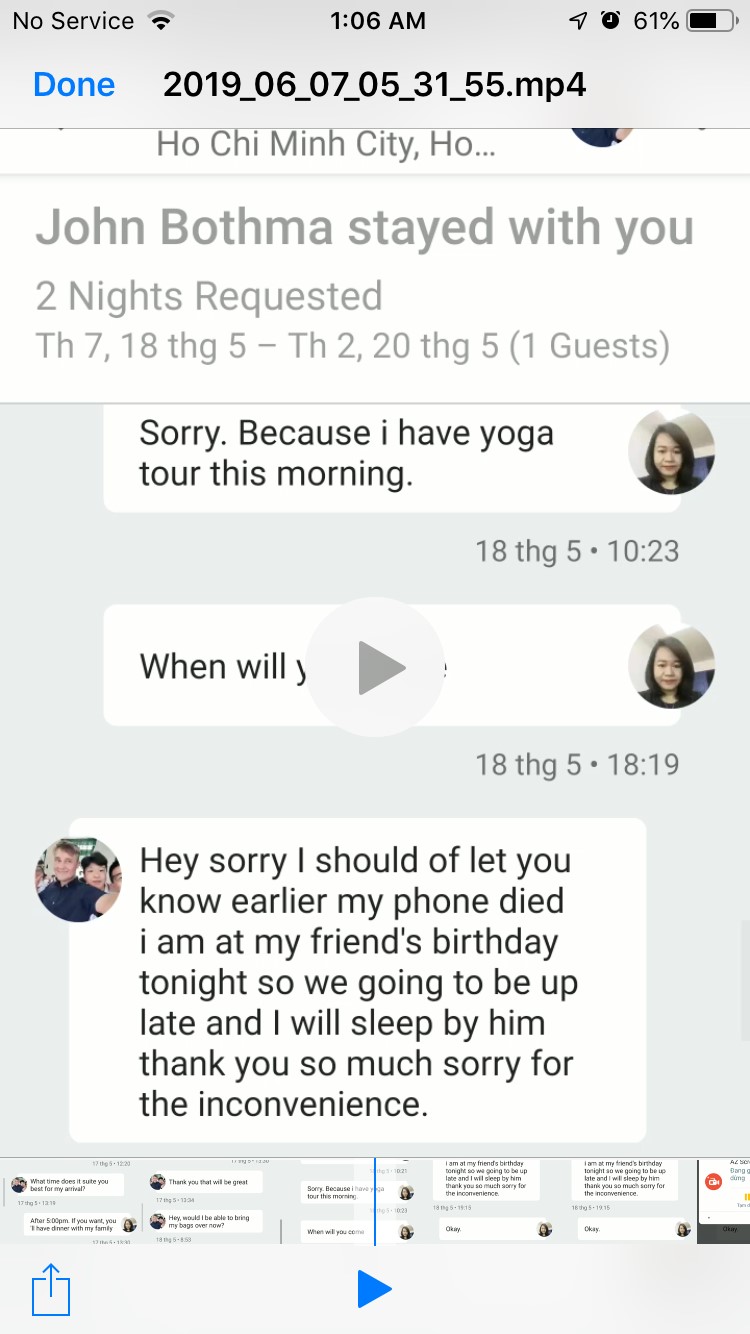 The last correspondence between Jody and John. 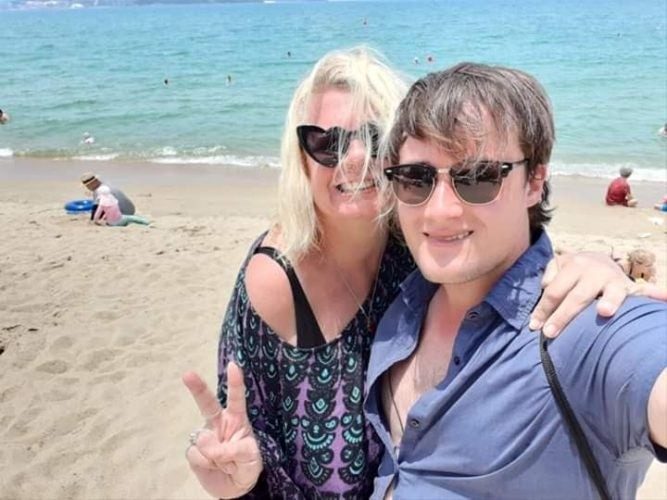 Meanwhile, missing 28-year-old Mushfiq Daniels’s mother, Faheema Abrahams, has been in Vietnam to look for her son since July 10, after an expat in Vietnam told her she saw him barefoot and disorientated in the street shortly before he vanished. After a month of closed doors and finding no clues, she is grateful that the Vietnamese authorities have finally gone public with their search for the men. Abrahams suffered a mild heart attack 10 days ago and was hospitalised in Vietnam.

Sooliman said Daniels could have been given a substance to make him appear like a drug addict. 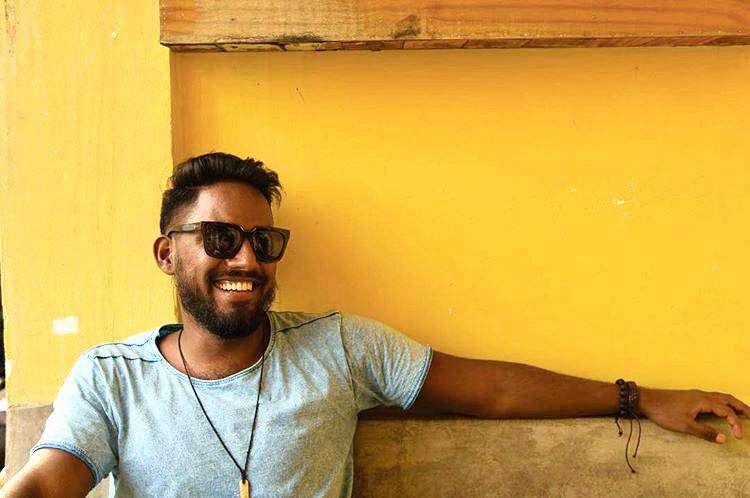 “This would make him easy prey for criminals, including an organ ring, as the police and community would write him off as just another druggie,” said Sooliman, who stressed that he had no proof to substantiate his fears. Comment from Interpol and the NPA has been requested.

According to reports, Bothma’s mother, Colleen, is also planning to go to Vietnam. At the time of publication on Wednesday afternoon, the two men were still missing without a trace.