Gwala will be laid to rest at Impendle in KwaZulu-Natal on Saturday. 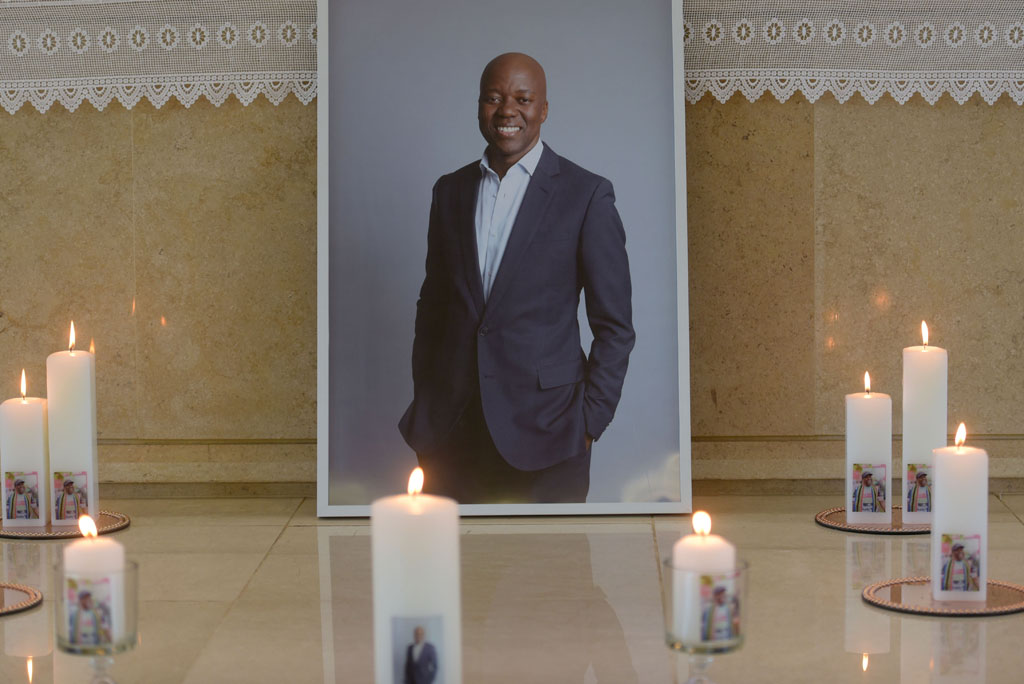 Flowers and candles are pictured at the Memorial for radio personality Xolani Gwala at the Our Lady of Lourdes Rivonia Catholic Church, Rivonia, 5 November 2019. Gwala died at the age of 44 after a lengthy battle with cancer. Picture: Tracy Lee Stark

Gwala will be laid to rest at Impendle in KwaZulu-Natal on Saturday.

The 44-year-old died in the early hours of last Friday morning, following a lengthy battle with colon cancer, Channel24 reported.

President Cyril Ramaphosa declared the official funeral and instructed that the national flag be flown at half-mast in KwaZulu-Natal on Friday evening.

“We have lost a youthful veteran in an important sector in our country. As a professional who qualified in the mid-1990s, Xolani Gwala carried with him the values of our transition to democracy – the values of listening and being open to views that conflict with or offend your own, and a focus on solution,” Ramaphosa said.

The Radio 702 talk show host was remembered in multiple memorial services this week that were attended by veteran journalists, peers, politicians and listeners of the radio station.