Cash’s heavier workload could be lightened by the ‘Bone Collector’

Yet another experienced former Springbok is being engaged to add some wisdom to the Lions' Super Rugby group. 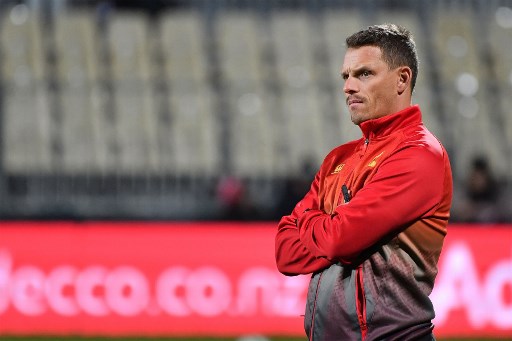 Recently appointed Lions Super Rugby head coach Ivan Rooyen admits his workload has probably “multiplied” now that he’s the head honcho of the coaching staff, after serving as strength and conditioning coach for almost a decade.

However, his inexperience in the role could be mitigated by the potential recruitment of another “oldie” in former Bok flanker Willem Alberts, whom the Lions confirmed they are in talks with.

The 35-year-old, nicknamed “Bone Collector” for his bruising play in his prime, has been playing in France for Stade Francais and will add even more experience in the Lions’ ranks following the signing of 37-year-old Bok prop and legend Jannie du Plessis.

ALSO READ: Ivan wants to ‘Cash’ in on his famous Botha family ties

Van Rooyen will rely heavily on his support staff and old warhorses, with CEO Rudolf Straeuli – who was Springbok coach between 2002 and 2003 – keeping a watchful eye. “I know my workload will probably multiply, particularly as I’ll need to mentor a few youngsters, but I’m very pleased with the depth we have available,” he said.

“I worked with the majority of the squad in the Currie Cup over the last two seasons, but we’re aware that Super Rugby is a step up from and a lot of the youngsters in the squad haven’t had a lot of Super Rugby experience.”

When asked what this self-proclaimed student of the game, who previously mentioned how Bok defence guru Jacques Nienaber – a qualified physiotherapist who worked himself up the ladder – is an inspiration, is his biggest challenge, Van Rooyen merely gave a wry smile.

“It’s a good question. It probably has multiple answers,” he said.

“I think the biggest goal we want to achieve is to play the attractive brand of rugby that Lions teams have been known.

“But we must also agree on a game-plan that is comfortable for the entire group, one that hopefully brings results.”