‘Quiet’ Lukhanyo Am ‘raises the roof’ after being named Sharks skipper

The influential Springbok centre was a unanimous choice to lead the Durbanites into a new era. 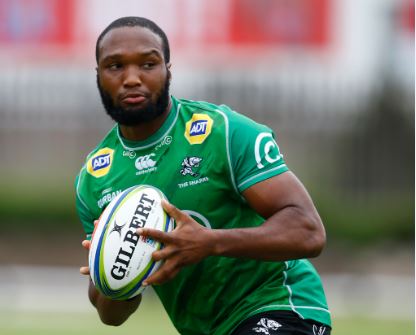 In a world where leaders – some of them only supposed – use superlatives and hyperbole to punt their suitability for a leadership role, Lukhanyo Am is an exception.

The Sharks’ new Super Rugby captain doesn’t throw words like “passion”, “pride” and “privilege” at you when he elaborates on his new responsibility.

Much like his on-field play for the Durbanites and the Springboks, it’s all about efficiency – being Rassie Erasmus’ defensive organiser in the Green-and-Gold, kicking delightful chips for Makazole Mapimpi to chase and score from, and cropping up unexpectedly in scoring positions to steal wins at Newlands.

Cynics will argue that Am might even be coming over as a bit aloof for the captaincy, especially since he didn’t really ever “give captaincy much thought”.

What the “Group of Five” will be saddled with

Yet it’s a perfect illustration of Am’s ability to avoid sideshows.

“I never thought of it (captaincy),” he said on Wednesday with a wry smile, probably a bit conscious how his message might be interpreted as.

“When I came here, all I really focused on was getting in the team and remaining there. I wanted to be consistent. However, we are professionals and as we grow, we all become leaders in a certain way anyway. I just embraced becoming a leader in my position and today I’m here.”

Once being handed the role became a reality, Am spent a significant amount of time pondering what his style of leadership would be.

His conclusion is significant, if not surprising.

“I really did do a lot of thinking. But after it all, I still decided that I don’t want to change much. I want to continue leading by example, but I’ll learning new things on this journey along the way too,” said the 26-year-old.

And that’s exactly what Sharks head coach Sean Everitt wants – he didn’t pick Am for the role just to change his personality.

“We was a very popular choice among the squad. The players actually cheered the roof off when his name was read out,” said the franchise mentor.

“Lukhanyo is a quiet guy, but he’s very popular among his teammates. He’s definitely not a loud and outspoken leader, but in his measured way he gets people to follow him. We wanted to give him the opportunity and it was well received.”

Am will have the added support of a “leadership group”, who’ll all focus on different on-field areas.

“These are important responsibilities. If we want to be a player-driven organisation. We’ve been spoken in the past as a team lacking leadership. Lukhanyo can’t oversee absolutely everything,” said Everitt.