Only a portion of the chipboard ceiling collapsed. 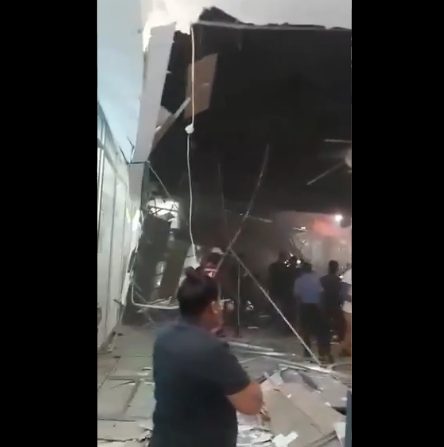 Fourteen people were injured at Central Park Shopping Centre on Wednesday morning when part of its ceiling collapsed, according to officials.

Mangaung Metro Municipality spokesperson Qondile Khedama said when officials arrived at the scene, they confirmed only a portion of the chipboard ceiling had collapsed.

“An inspector has issued a notice to Broll [the building’s owners] to investigate the cause of the collapse and how it is going to remedy the situation,” he added.

“The City’s planning team will be waiting for a report from a qualified structural engineer stating the cause of the collapse. Until then, the affected portion of the shopping centre will remain closed.”

#Central Park #ShoppersInjured
#Bloemfontein
Several shoppers have been injured when a ceiling fell on them at the busy Central Park Shopping Centre in Bloemfontein. #sabcnews #sabcfs pic.twitter.com/YrcaNksl3S

Interstate Bus Lines, which operates from the centre, confirmed its services had not been interrupted.