Jamie Joseph, who heads up the Saving the Wild conservation organisation, has procured a vast load of medical-grade Manuka honey dressings, which help prevent infections. Jamie Joseph from Saving the Wild is assisting in the treatment of koalas and kangaroos that have been burnt in the Australian fires.

Better known for her work in Zululand’s rhino anti-poaching circles, conservationist Jamie Joseph has landed in Australia to assist animal rescue organisations in caring for the scorched koalas, kangaroos and other animals in their care, reports Zululand Observer.

It is estimated that one billion animals have perished in the fires which have been raging across the country, with New South Wales (NSW) the hardest hit.

It has been said that koalas have become functionally extinct, meaning there are insufficient breeding pairs to bring forth the next generation.

Joseph, who heads up the Saving the Wild conservation organisation, has procured a vast load of medical-grade Manuka honey dressings, sourced in neighbouring New Zealand.

At least 28 people died in the Australian fires, while some 3,000 homes have been destroyed or damaged in NSW alone.

Despite firefighting assistance from Canada and the United States, authorities are battling to fight the blazing fires or even keep the situation under control.

While some rain has fallen in the fire-ravaged parts of NSW, overall persistent heat has exacerbated the situation.

The fires have indiscriminately raged through bush and scrub areas, national parks and residential areas.

Some of the country’s largest cities, including Sydney and Melbourne where fires have damaged homes in the outer suburbs, have been blanketed by thick plumes of black smoke.

In December, the smoke that hung over Sydney was so bad that the city’s air quality measured 11 times that of the hazardous level.

While the cause of the fires is predominantly attributed to natural events, such as lightning strikes in drought-stricken forests, 24 people have been arrested for deliberately starting bush fires.

Legal action has been taken against a further 183 people for fire-related offences since November.

Joseph is known in South African conservation circles and beyond for being outspoken against alleged corruption within the country’s justice system.

This, she says, is the reason rhino poaching continues unabated, as corrupt officials reportedly protect those involved in the upper echelons of poaching syndicates, both nationally and abroad. 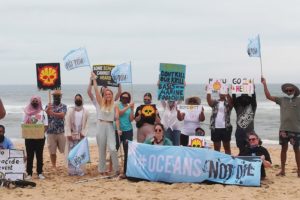 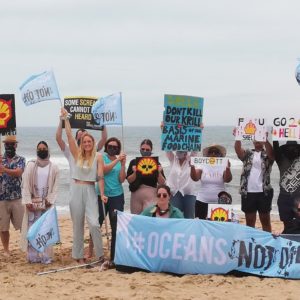