Ramaphosa said he would be remembered for influencing conservative movements into abandoning plans for military resistance to the democratic transition. 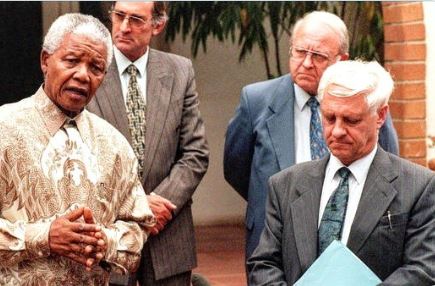 Viljoen, who died on his farm in Mpumalanga on Friday at the age of 86, was also the former head of the South African Defence Force during apartheid.

Ramaphosa offered his sincere condolences to Viljoen’s wife Risti, his immediate and extended family as well as friends and political associates.

He said he would be remembered for influencing conservative movements into abandoning plans for military resistance to the democratic transition.

“General Viljoen’s principal contribution was his success in demobilising conservative resistance to the transition in our country at a critical point in our history.

“He risked alienation by his community and long-standing supporters by mobilising conservative groupings to participate in the political and constitutional negotiations that yielded our democratic dispensation.

“His transition from a military commander to a voice in our democratic Parliament illustrated the inclusive, diverse and tolerant character of our constitutional dispensation and body politic,” Ramaphosa said.

The Nelson Mandela Foundation said it had taken note of Viljoen’s death and sent its condolences to his family.

“He was one of Nelson Mandela’s most formidable political adversaries. In the treacherous days of South Africa’s transition to democracy, he ultimately chose to negotiate with Madiba who commended him for his maturity and foresight in choosing to make peace rather than war.

“There developed between them a mutual respect and Madiba came to regard him as a worthy South African,” the foundation said in a statement.

It added it hoped the memory of his contribution to a peaceful transition to democracy would inspire South Africans at this time as the country deals with the Covid-19 crisis.