Elderly brave long lines to register for Sassa grants, most of them in vain

'They said we must come back tomorrow, where will we get money to come back? We don't have any,' said a man, 60, who had been queuing since 5am. 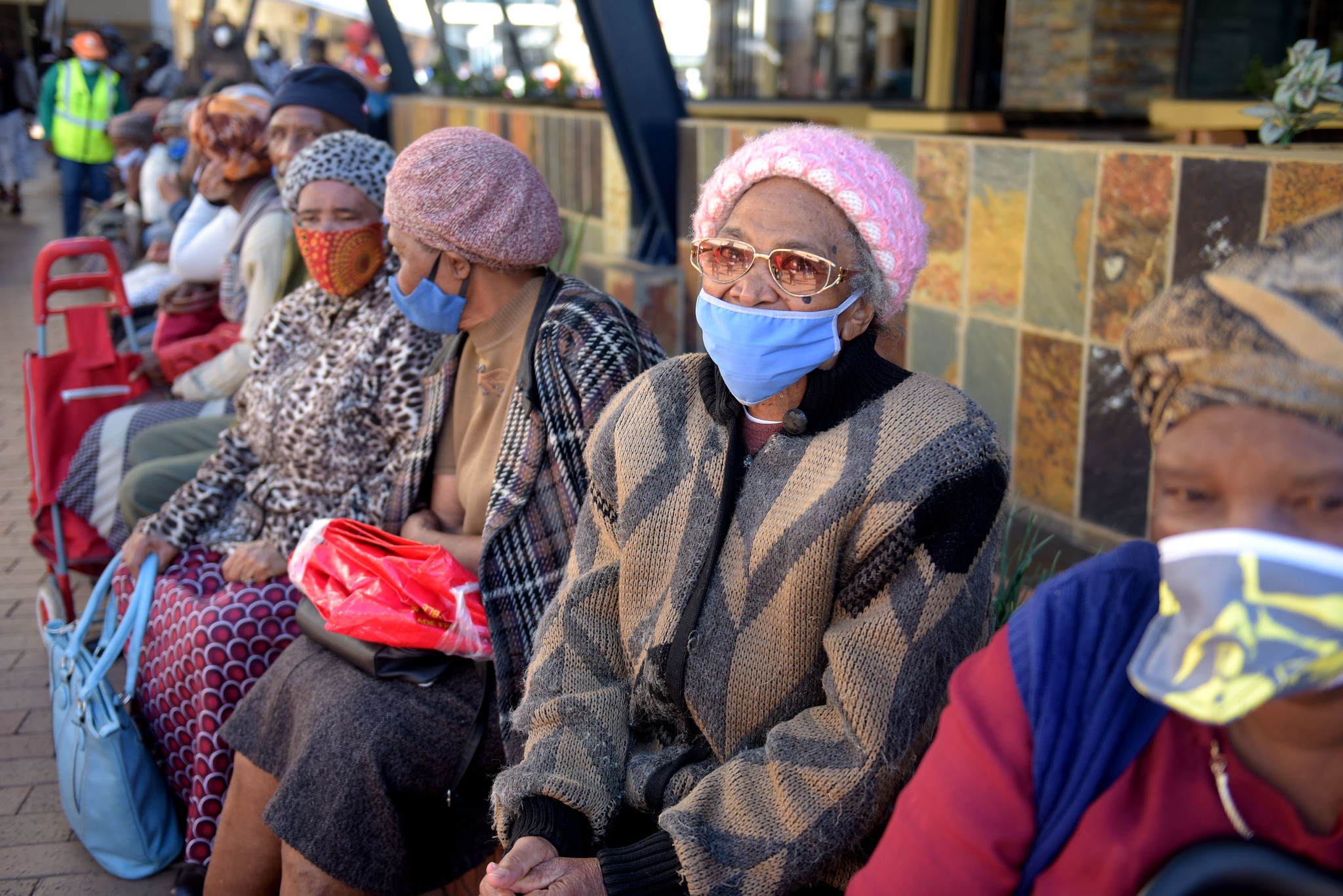 Photo for illustration. Sassa beneficiaries queue outside Jabulani Mall, Soweto, 4 May 2020, for their grants, some were asked to come back the following day as queues were too long for processing. Picture: Tracy Lee Stark

Crowds of pensioners lined up in the early hours of Monday morning to register for pension grants, braving the cold and a global pandemic to seek assistance as SA Social Security Agency (Sassa) offices reopened.

Elderly people, over the age of 60, arrived in the Johannesburg CBD as early as 04.30am to take their place in the line, without any physical distancing observed.

Some, however, were turned away, despite arriving hours earlier. They were told to register for their grants on another day, but were not informed why.

Marius*, who had been waiting since 06.30am, said when he arrived the line snaked more than 20 metres up the road.

He said there was no communication about whether they should stay in the line or go home. They had been told Sassa would only assist 80 people.

“We are just standing here [and] we don’t know whether we are going to be served.

“We are just standing here in case we are going to be helped,” he added.

Elderly people are more vulnerable to Covid-19 infection than others, but Marius said he had no choice but to stand in the line.

“That’s just the situation,” he said.

An elderly couple said they had arrived at the offices at 04.00am – seven hours later they were still waiting.

Another 60-year-old pensioner, who had arrived at 05.00am to register for his pension, said the line had not moved much since Sassa let a group of people into the building.

“They only took a few people and then said the [rest] must go home. How can we go home, it’s not even 4pm?

“They said we must come back tomorrow, where will we get money to come back? We don’t have any,” he said.

Rebecca*, also 60, was told Sassa would only attend to 80 people and the rest should come back the next day.

She said she had been freezing in the cold since the early morning, but was still hoping she would be assisted.

“The line has only moved once [since this morning] and now they are telling us to go back home – how can they say that?

“They don’t explain – they don’t say anything. They only told us that they’re taking 80 people,” Rebecca said.

“Those people, the big shots, they should come and see how we are suffering and do something inside, so that we can finish and go home,” she added.

It was only hours later that Sassa officials came out to speak to those who had been waiting, and also implemented physical distancing measures.

Faeces on the pavement compelled police members to move the elderly onto the edge, but this made little difference to those who had stood in the same spot for hours.

Sassa spokesperson Nandi Mosia maintained that they were doing their “level best” during the lockdown, with a small number of staff.

“Sassa is also required to be in compliance with the lockdown regulations.

“All our offices will only operate with one-third of its staff complement. This will obviously affect the normal service.

“It is with this that only a certain number of clients will be allowed into our office for provision of a service. There will be different limited number of beneficiaries allowed, depending on the capacity of the facility,” Mosia said.

She added that access to health facilities is also restricted, which means no medical assessments required for the application of a grant will be done.

Mosia said the challenges experienced were from those who wanted to apply for special Covid-19 grants. These applications are not done at Sassa offices, and are only done electronically:

Under the lockdown, Sassa provides these services:

Friday: Recovery of work from other days