It's not the first time Bullard has been accused of using controversial racial themes in his writing. 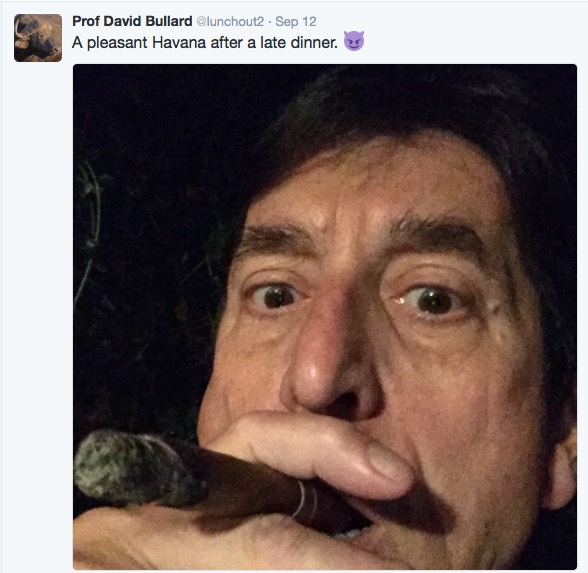 Columnist David Bullard has been sacked as a Daily Friend contributor by the Institute of Race Relations (IRR), following a controversial tweet in which he seemingly made light of the k-word.

The Daily Friend is the IRR’s news and opinions platform.

On Wednesday, Bullard tweeted: “I realise this is risky (but when have I ever cared?) but maybe we need a new word to replace the K word to describe the people (not all) that we described as K’s. Help me out here…..This ain’t racial; it’s K specific (sic).”

This caused a stir with his followers and other Twitter users, with fellow columnist Ivo Vegter remarking: “I thought you were smarter than this. We don’t need a new word to replace the K word, no matter what that new word is supposed to mean. Your tweet was not risky. It was beyond the pale.”

The IRR’s Michael Morris said Bullard’s tweet was at odds with the principles of the IRR and the Daily Friend.

“For that reason, we have decided to bring an end to his column and his association with The Daily Friend,” Morris said.

In 2008, Bullard, then a regular contributor to the Sunday Times, was fired from his post after an “extremely racist” column of his was published in the newspaper.

Bullard’s column, titled “Uncolonised Africa wouldn’t know what it was missing”, described what South Africa would have looked like had the “evil white man” not come “to disturb the rustic idyll of the early black settlers”.

Bullard told News24 it was up to the IRR to decide what it wanted to publish and would not comment on the specific reasons for the termination of his column.

“They are quite entitled to say they want [my column] or not. It’s neither here nor there as far as I’m concerned.”

Bullard said he wrote to the IRR and thanked them for the opportunity and privilege of writing for the Daily Friend.