The former president says it kills him to see African children becoming instruments of white people. 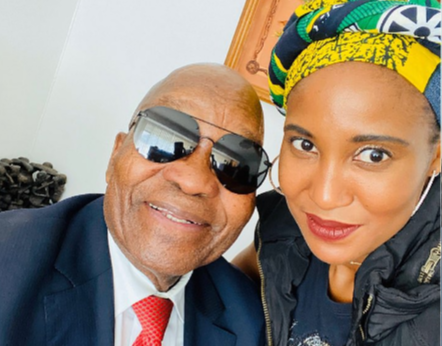 Jacob Zuma has said it pains him to see educated black people “think like” and be “instruments” of white people.

The former president’s daughter Dudu Zuma-Sambudla posted a snippet of an apparently longer interview with her father on her Twitter page on Friday. It appears to be part of the same interview for which she posted a snippet on Thursday, as Zuma is seated in front of a banner for his foundation, wearing a white golf-shirt, and being interviewed by a member of the Wits Young Communist League at his home in Nkandla.

In the snippet, Zuma can be heard saying: “But at the centre of this is an African child …” Before switching to isiZulu: “absolutely problematic for me is to see Africans who are doctors and professors think like white people.

“That’s a problem I have … not just having the mindset of white people but to be instruments of white people…” he continues in English: “That just kills me.”

Zuma-Sambudla said the entire interview would be released on Tuesday, which marks Youth Day.