This year's lecture will be the first to be hosted virtually, due to the coronavirus pandemic. 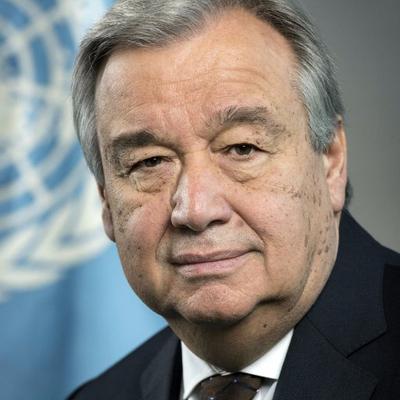 This year’s lecture will be the first to be hosted virtually, due to the coronavirus pandemic.

“The theme for this year’s lecture, ‘Tackling the Inequality Pandemic: A new Social Contract for a New Era’, will focus on the current inequalities that have come under sharp relief during the Covid-19 pandemic and will look ahead to what we must do to address the world’s fragilities and build a fair globalisation,” the foundation said in a statement on Thursday.

According to the foundation, the annual lecture invites prominent people to drive debate on significant social issues.

Guterres is the ninth secretary-general of the United Nations, and took office in January 2017.

“Whether working as a volunteer in the poor neighbourhoods of Lisbon or representing his constituency in the Portuguese parliament and from his years as Prime Minister to his service as United Nations High Commissioner for Refugees, Mr Guterres has sought to ease suffering, protect the vulnerable and ensure human rights for all,” the foundation said in its statement.

“These priorities have remained at the core of his efforts today as secretary-general of the United Nations.”

The lecture will be streamed live from the foundation’s headquarters in Johannesburg and the United Nations in New York.