Stop all evictions by Monday or we go to court, LRC tells City of CT

It claims the City has shown a 'flagrant disregard for human rights', undermining national government efforts to curb the spread of the coronavirus. 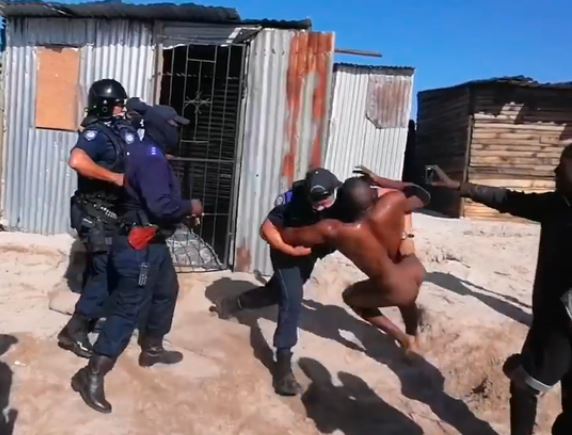 The Legal Resource Centre (LRC) has given the City of Cape Town until Monday 6 July to halt all evictions in the metro or it will approach the courts for relief.

The LRC has been instructed by the South African Human Rights Commission (SAHRC), the Housing Assembly and Bulelani Qolani – the man who was removed from his shack while taking a bath – to challenge the City’s eviction policy, as well as it’s alleged human rights violations.

The City however has said the land is earmarked for development, and has been occupied illegally.

In a statement on Friday, the LRC said it had sent a letter to the City, presenting it with this ultimatum.

It claims the City has shown a “flagrant disregard for human rights”, undermining national government efforts to curb the spread of the coronavirus.

“The brutal, reprehensible and inhumane treatment of Mr Qolani by the [anti-land invasion unit] ALIU during an eviction operation this week… is not an isolated incident,” it said, adding that the City had escalated its operations to demolish “unoccupied structures”.

“The video of Mr Qolani clearly portrays a different story,” the LRC said.

ALSO READ: WATCH: Naked man gets dragged out of his shack by CT officers

Qolani laid a criminal complaint the day after his eviction.

The LRC claimed his treatment amounted to torture or inhumane treatment, adding that all those involved should be charged.

It added that the National Prosecuting Authority (NPA) had the ability to add further charges, including violation of the Disaster Management Act.

“We have been advised by SAPS that they have already started gathering statements from witnesses and, once all is in order, they will proceed with arrests.”

He admitted that Qolani’s dignity had been impaired.

Plato added, however, that while evictions were not permitted during the lockdown, municipalities had a duty to prevent “land invasions”.

“This particular area in Khayelitsha was illegally invaded during the first weeks of the national lockdown, and the City responded to requests from the local community to remove the illegally erected structures. The City-owned land has been earmarked for the installation of services for the surrounding community,” he said.

In a follow-up interview with eNCA on Thursday evening, however, Plato seemed to suggest that he believed “to some extent, it was a staged act”, after being briefed by City officials.

During a “Coronacast” press briefing on Friday, Plato repeated that they’ve been “trying to protect that piece of site the last couple of months”.

“There is almost every second day land invasions and that site is earmarked for development.

“If we continue to allow land invasions, we will never see housing developments on any of our sites. It will only be shack structures to the teeth and that sort of thing.”

The City of Cape Town did not respond to further questions on Friday evening. Their comment will be added once received.