FREE TO READ: Due to Kataza or SK11’s shenanigans, it was decided that he be relocated to the northern sub-population of Tokai. But activists say he is lost and needs to be relocated with his original troop. 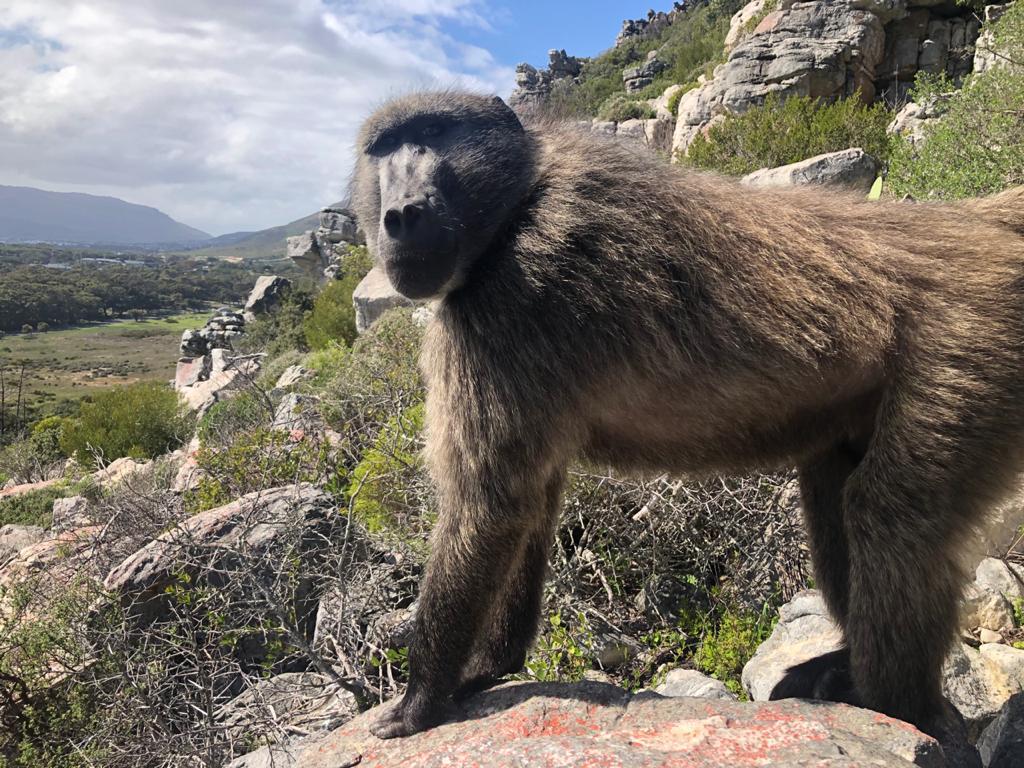 A male baboon leading regular raiding parties into town has led to a standoff between animal rights activists and authorities in the City of Cape Town, which is now reaching boiling point.

This article was previously exclusively reserved for The Citizen’s Premium subscribers.
Read it for free today and see what great content lies behind our paywall, available to you for less than R1 a day.
Click here for more Premium content or click here to subscribe.

SK11, or Kataza, a male adult baboon, was born into the Slangkop Troop, but began to form a splinter group with related females.

Kataza and around 13 troop members moved to Oceans View on 16 May, which started the town of Kommetjie’s current issues with baboons in the area. In May, 89 raid-related calls were logged from Kommetjie alone.

City of Cape Town biodiversity management branch manager Julia Wood said the unruly male was often the first to “try to break the line, and often took individuals into town.” She said in May, Kataza broke the line 10 times, and incited others to “join him in raiding town”.

Kataza seen in the lower Tokai forest late this afternoon. He was looking lost and stressed.
How on earth was the…

This created challenges for the management of the troop, which eventually began to sleep in urban areas.

Due to SK11’s shenanigans, it was decided that he be relocated to the northern sub-population of Tokai, in a bid to move baboons out of urban areas, as they face a plethora of dangers.

From pellet guns to aggressive dogs and cars, baboons risk their lives to dig through the trash of residents in urban areas. In the last three years alone, the number of baboons being killed by dogs and cars has doubled.

The move was also in a bit to help manage the gene pool of the baboons by making it more diverse.

But animal activists are not convinced, with a post on Baboon Matters’ Facebook page saying that Kataza’s “inbreeding” and subsequent relocation “is a bit like moving the deck chairs around on the Titanic”.

However, Baboons of Cape Town has accused residents of harassing, tracking and feeding SK11, which is making his integration into the Tokai troop more difficult. There are also reports that activists have been trying to lure SK11 back to the area where the Slangkop Troop resides, in Kommetijie.

No whispering… its all about illegal feeding

Since being released in Tokai, members of the public have constantly followed, led and fed SK11 (aka Kataza).

Residents who harass, track and feed SK11 are breaking the law and are not assisting SK11’s integration into the Tokai Troop.

Residents must understand that these offences are punishable by law and carry stiff penalties.

Posted by Baboons of Cape Town on Sunday, September 6, 2020

But which side will prevail?

On the one hand, activists feel the treatment of baboons in the Cape Peninsula, and Kataza specifically, has not been favourable.

The lonely call of Kataza

On the other side, institutions such as SANParks, CapeNature, the University of Cape Town, the City of Cape Town, the SPCA and the Councillor Appointed Representatives of Baboon Suburbs (Carbs), which forms the Baboon Technical Team, argue that the management of baboons is rooted in science, and follows international best practice.

The intricate balancing act of creating an environment where humans and baboons can co-exist also does not hinge solely on those who have dedicated their lives to monitoring the situation.

Residents have been repeatedly encouraged to assist by securing their properties, and flagging non-baboon-proof bins.

The City, however, does not currently have a tender to supply baboon-proof bins to every household, which would help deter baboons from being able to snag a free snack, instead of spending hours foraging for food.

The latest news from Kataza is that he was spotted going up Nova Constantia Road alone. He is headed onto Groot Constantia vineyard.

The service provider who currently manages troops is Human Wildlife Solutions (HWS), but their contract expires soon. They are appealing the decision to have the tender awarded to the NCC in March.

The City of Cape Town pours R14 million per year into employing rangers to keep baboons out of suburbia.

Tensions are being experienced within the troops themselves as well, with infanticides having more than doubled in the last three years. Wood summarised this as “intra baboon conflict.”

Efforts are being focussed on Kataza because he has been at the forefront of a number of recent raids. SK11 has been implicated in raiding bins at Kommetjie Shops and a petrol station, and venturing into open properties in the area.

SK11 and another male, SK10, have also fought on several occasions, the most recent of which damaged the roofs of properties.

But the current methods may be working, albeit slowly.

The 2019/20 management year saw for the first time a noticeable decline in the amount of time troops spend out of town – that is, except for the elusive Slangkop troop, which spends a large amount of time in Kommetjie after moving to Slangkop Mountain in January.

Wood has also reported that SK11 has visited the Tokai troop daily since being relocated.

University of Cape Town zoology department Professor Justin O’Riain said that despite numerous efforts, “the Kommetjie community have to date never succeeded in removing attractants,” when explaining his suggestion to build an electric fence along a section of the fire break between Slangkop mountain and Kommetjie village.

“We believe this is the only long-term solution to this comment and this troop forming a lasting relationship as good neighbours.”

Wood said that since the holding and relocation of SK11, the Slangkop troop has been kept out of Kommetjie for 16 out of 19 days. The troop has stopped splintering, allowing rangers to manage it as a single troop, and although still early, the intervention “appears to have benefited the welfare of the troop.”

Relocating SK11 has also allowed for rangers to be more spread out on the Peninsula.

“At the height of the July raids into Kommetjie, nine baboon rangers were working in Kommetjie. This is not sustainable. It means other troops on the Peninsula have nor angers. There are no resources to keep this up,” she said.

According to the Cape of Good Hope SPCA, an urgent meeting has been requested with authorities to discuss Kataza’s future.

Until then, activists and authorities continue to battle it out to figure out what would ultimately be the best move for Kataza, and for the Kataza-like incidents of the future.