The trial of Oscar Pistorius has many South Africans grappling with the difference between murder and culpable homicide. 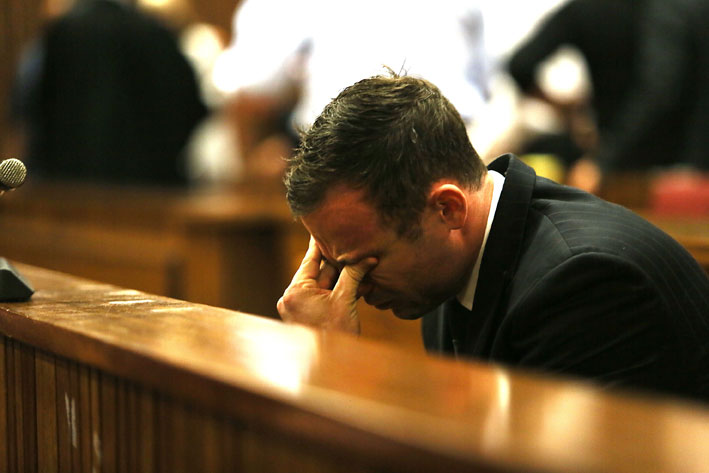 Paralympian Oscar Pistorius reacts as judgment is being handed down in his murder trial at the High Court in Pretoria on Friday, 12 September 2014. Picture: Alon Skuy/Times Media Group/Pool

Judge Thokozile Masipa has acquitted Pistorius of murder, but found that he had overhasty, used excessive force and was negligent when he fired the four shots into a locked toilet door which killed his girlfriend Reeva Steenkamp.

“You can only be found guilty of murder if you unlawfully and intentionally killed another person,” he said.

The question the court had to determine in Pistorius’ case was whether he had the requisite intention to kill Reeva. Judge Masipa found that he did not, as he had fired the shots believing an intruder was about to attack him and Reeva.

De Vos said the state could prove direct intention by proving an accused actually meant to kill the deceased.

The State could also prove intention via the concept of dolus eventualis, where the accused might not mean to kill the victim, but nevertheless foresaw the possibility and proceeded with his actions regardlessly.

In Pistorius’ case the court accepted his defence of putative self-defence, finding he had genuinely believed that his life was in danger and that he was using reasonable means to avert an attack on himself or his property.

On the offence of culpable homicide, De Vos said the court could still find that a reasonable person would have foreseen that his actions could have caused the death of a person and would not have proceeded with his actions despite foreseeing the consequences.

“In other words if a court finds that a reasonable person would not have proceeded with the conduct, then he would be found guilty of culpable homicide,” he said in his blog.

Judge Masipa found that the reasonable person with Pistorius’ disability would not have acted in the same way he did. She said he had other means available to avoid shooting such as calling for help before shooting or calling the police or security.