'Out of touch.' - People wondered how Greg Maloka was given a platform to discuss issues that impacted artists and the work environment for women in the industry. 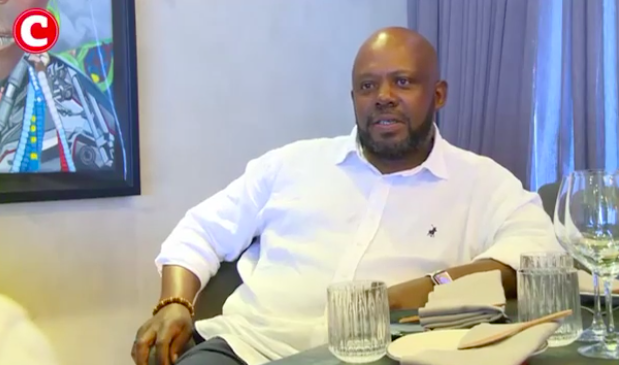 Former Kaya FM managing director Greg Maloka, who resigned in December 2020 after investigations into allegations of financial misconduct, sexual harassment and a toxic work culture at the radio station, has come out swinging.

The station was rocked by the allegations in August after an anonymous letter addressed to the Kaya FM board chairperson, Sizwe Mncwango, was leaked on social media. It contained allegations about the work environment at the Gauteng-based radio station.

In an interviwew on Kaya FM, Mncwango gave an update to the public on the independent investigation. He revealed that Maloka was presented with eight charges, which were backed by 407 pages of evidence. Maloka requested additional evidence and was handed over 300 pages of evidence against him. Mncwango lauded the work done by the investigators. The board chairperson added Maloka was presented with all the preliminary findings of the investigation. Maloka then decided to resign.

The investigation into Maloka’s conduct revealed that the workplace was not conducive for some employees as favouritism played a key role and the evidence was overwhelming, Mncwango said.

He concluded that the women and people who came forward were not doing well.

“They are not in a good space at all… Seven of our own people [employees] come forward to give further information around harassment, it’s a toxic environment.”

Meanwhile, speaking on international producer Boddhi Satva’s YouTube channel with an all-male panel which included local house producers Vanco and Cuebur, Kenyan Afro-house producer Saint Evo and French promoter of Djoon Club, Adrien Assadian, Maloka said the pandemic had forced artists to reinvent themselves and handle the business side of their brands as marketers.

When it was time to address the allegations levelled against him, Maloka said “humanity had gone mad” because of the constant need to appear a certain way to the public.

Maloka said he took the time to be “still” and realised that he had to reflect.

One person commented on Maloka’s thoughts.

“While we’re talking about humanity, please ask Greg Maloka about the victims he left at Kaya FM and how he thinks they are coping?”

Darion Martin asked: “I hear lots of talk regarding the impact but what about the impact of Greg’s behaviour?”

The panel then went on to talk about the having more women’s faces in the music industry.

Assadian said they tried to diversify their DJ line-ups across the world by involving more female artists but a couple of years ago that was hard because booking agents thought they wouldn’t bring in the “numbers”.

“If you don’t bother to look for them, of course, you won’t find them. In 2021 there is no excuse now, there are amazing female DJs. You can’t have a line-up of the same white guys in black T-shirts. I am looking forward to the line-up people are going to come up with in 2021.”

Most of the men agreed that the industry had not tapped into the talent of female DJs and Maloka said the issue was multi-layered.

“Sometimes we want to apply one solution to everything. For us to achieve anything, we have to be deliberate about the things that we do. You have to be specific about the group of artists that are women that we going to take through the value chain.”