All eyes will be on South Africa's unchanged top-six batting line-up for an improved performance in the second Test after their defeat in the series opener. 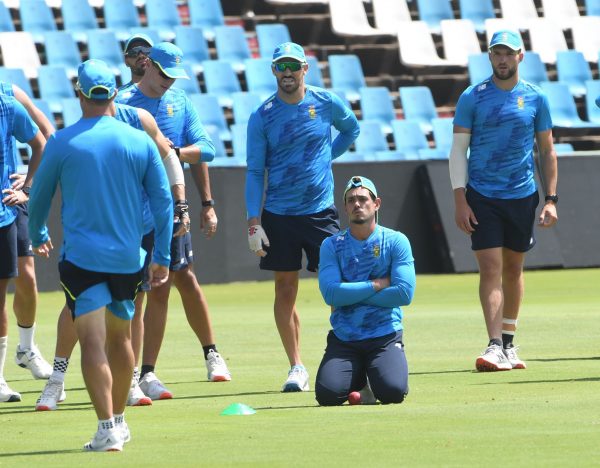 Quinton de Kock and his Proteas teammates will face Ireland in a limited-overs tour in July. Picture: Getty Images

Wicketkeeper Quinton de Kock will captain South Africa in the second Test against Pakistan which starts early Thursday morning, but the Proteas management are trying to make things as comfortable as possible for one of their key batsmen by not being constantly in his ear.

De Kock – already carrying a heavy burden as an all-format player, being the wicketkeeper and often the batsman who has to carry the rest of the batting unit – agreed to the Test captaincy on an interim basis at the start of the summer.

He has seemed a little reluctant about the job in recent times, but coach Mark Boucher stressed on Wednesday that it was a situation they were handling carefully.

“Quinny wasn’t forced to take the captaincy. He said he would do it in an interim capacity after we had a conversation about it,” Boucher said.

“It has been tough on him and if you’re not scoring runs then that tends to get highlighted as the captain. But no-one is being harsh on him in this environment, we’re not putting it all on one person and going on about it all the time and there will be no extreme decisions now.

“It is an extra burden for him, but we know he is a quality player and he will get used to it.”

ALSO READ: Proteas bowlers in a spin ahead of second Pakistan Test

While South Africa could tinker with their bowling mix – accurate seamer Wiaan Mulder looks likely to come in with Lungi Ngidi likely to be missing out – all eyes will be on their unchanged top-six batting line-up for an improved performance in the second Test after their defeat in the series opener.

“I don’t think we have a suspect batting line-up. They just need a lot more mental application, and two run-outs in the top six is never going to be easy to recover from,” Boucher said.

“We need that mental application to counter some pretty accurate bowling and we were a lot better in the second innings in Karachi. We learned from our mistakes and watched how Pakistan played it.

“I believe we have the batting line-up to put the numbers up. We just need one or two of them to get really stuck in and the others to bat around them.”