Historic surgery for cat that fell from second-storey building

Theophylline is a domestic shorthair cat rescued from a parking lot drain as a young kitten. 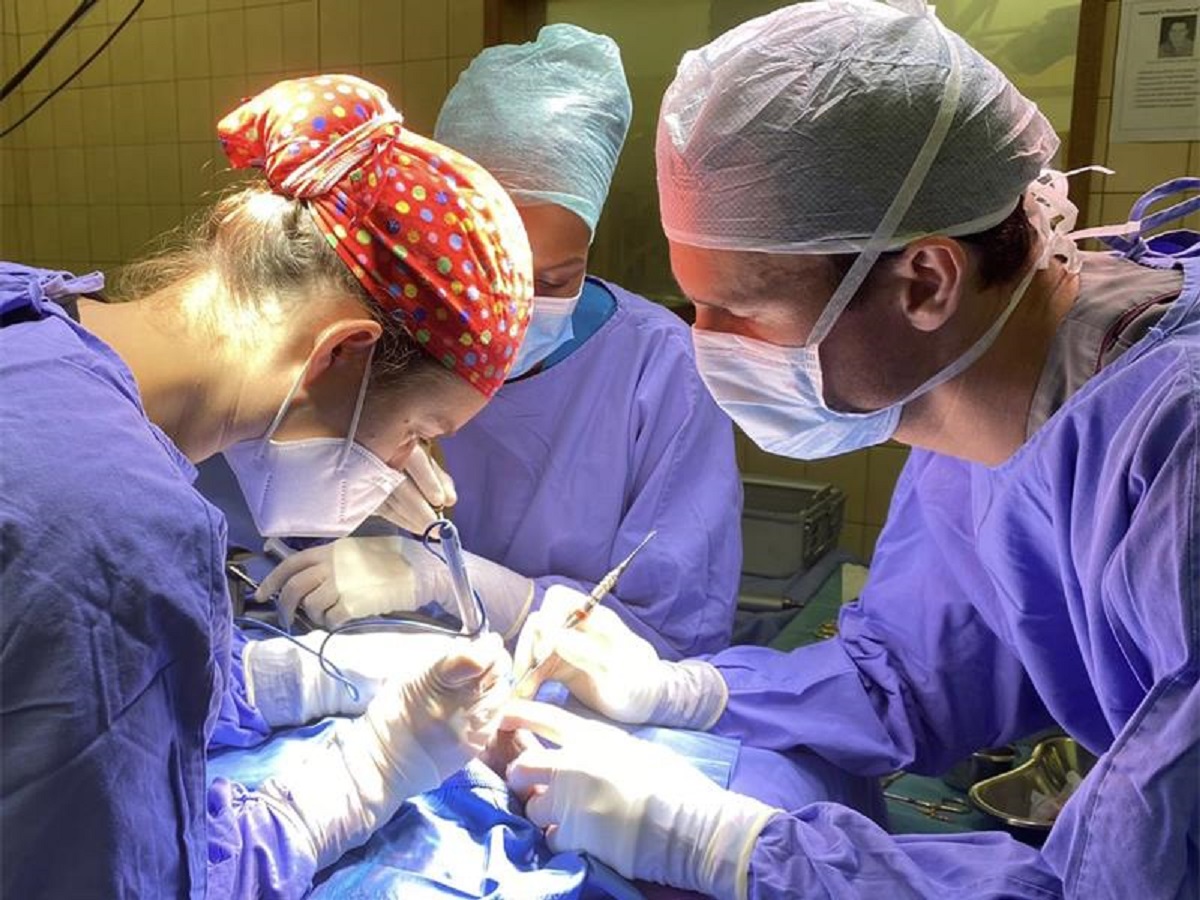 South Africa’s first partial knee replacement on a cat was recently performed by a team of specialists at the Onderstepoort veterinary academic hospital.

Their patient, Theophylline the cat, was six months old when she fell from the window of a second-storey building in May last year.

This resulted in a very severe and complicated fracture of her right femur involving the knee joint, according to Dr Adriaan Kitshoff of the University of Pretoria’s veterinary science faculty.

“This fracture carried a poor prognosis and likely meant Theophylline would need to rely on only three legs going forward,” he said.

Kitshoff said this would have badly affected the cat’s quality of life as cats use their hind legs to propel themselves when jumping.

Theophylline is a domestic shorthair cat rescued from a parking lot drain as a young kitten.

Kitshoff said they used a custom-made artificial groove for the kneecap to glide in, saving the cat from having her right leg amputated.

“Theophylline’s amazing owners were willing to try everything and were extremely committed to getting her back on all four feet,” said Dr Elge Bester, also of the faculty.

“They wanted her to be a normal active kitten and for her to play with her big brother, Felix.”

The first of these surgeries included the insertion of numerous pins at various angles.

“This ensured that the alignment and length of the femur were salvaged,” she said.

Bester said after the femur bone has healed from the first surgery, Theophylline, unfortunately, developed an issue when the kneecap moved out of the groove of the knee joint.

“A subsequent surgery to correct this was unsuccessful.”

She said the two surgeons matched the determination of her family in finding a solution for her leg and spent a great deal of energy and time investigating various options. “She is also back at home with her family now.”

This procedure was a first for the country.

It comes two weeks after Dr Kitshoff and another doctor, Ross Elliott, made news when they performed ground-breaking heart surgery on two dogs.

This article was republished from Pretoria Rekord with permission