Industrial action may likely be somewhat symbolic given there is not an operational airline to disrupt and the association’s 350 members have been locked out and unpaid. 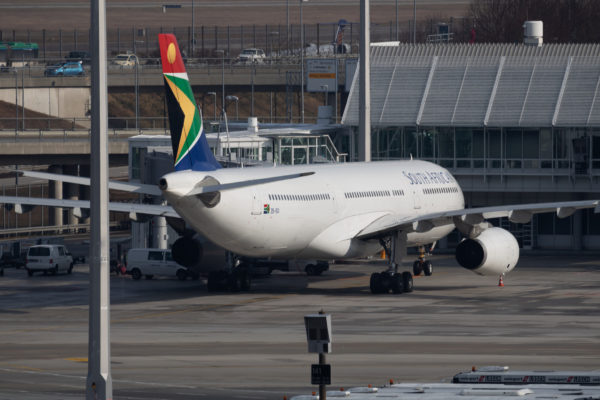 For the first time since SAA was founded in 1934 the South African Airways Pilots Association (SAAPA) has issued a strike notice to the airline with a list of unusual demands.

While the industrial action may likely be somewhat symbolic given there is not an operational airline to disrupt, the association’s 350 members have been offensively locked out from the airline since December last year.

Presently 31 pilots are not locked out, seven of whom fulfil management roles and the balance belong to the National Transport Movement (NTM) union.

In a statement the association says that SAAPA members had been “targeted in a vindictive and slanderous fashion by the business rescue practitioners (BRP) and the Department of Public Enterprises (DPE) both in the press and recently when the minister targeted SAAPA, stating that “the SAA Pilots’ Association was sabotaging the relaunch of SAA”.

The statement goes on to say “the reality is somewhat different. The very pilots needed to do the required training are locked out by the company, with the blessing of the DPE, and any attempt SAAPA has made to work together with the company or the BRPs for the last 15 months has been met with disinterest and our many attempts to assist or reach a compromise have been blocked at every opportunity.”

Firstly that the regulating agreement, or as critics have dubbed it, the pilot-beneficial evergreen agreement, be terminated on the day the last SAA pilot leaves the building as it relates to the section 189(3) notice dated 18 July 2020.

The controversial agreement emanates from the late ’80s but was re-ratified by former SAA chief executive Monwabisi Kalawe who served under chairperson Dudu Myeni in 2014.

Secondly, the pilots want amended terms and conditions that are now relevant to future pilots in terms of retrenchments and three-month notice periods, to be applied to the retrenchment process of the current flight deck pool.

Finally, and importantly, SAAPA says it wants all pilots who were notified of their imminent retrenchment in July last year to be let go by 15 April and that SAA pay these pilots their remuneration on termination for the three months notice that pilots would have received in lieu of the pilots working their notice period.

The statement saw the association not hold back in the sustained war of words between the parties saying that “the Company, the BRP and the DPE used business rescue and Covid-19 to wage a war of attrition on the pilots of SAA claiming that the regulating agreement, which governs the working conditions of all pilots regardless of race or gender and was signed in 2014, as the main reason for SAA’s demise.”

It further reads that “a cursory knowledge of the state capture commission hearings as they relate to SAA and SAA Technical and the court ordered delinquency of Ms Dudu Myeni reveal the real reasons for SAA’s misfortune, along with years of publicly known mismanagement and ineptitude, all under the auspices of the Department of Public Enterprises.

“That the BRPs have not instituted a single court action to recover monies stolen, misappropriated and wasted by SAA and SAA Technical staff and managers and have also not replaced a single person in the woeful SAA management ranks, while waging war on the pilots of SAA and other employees, speak for itself.”

During what the pilots call an “offensive lockout” it said the airline had attempted to selectively recall members.

“SAA intends to recall training captains prior to being retrenched in order to train new recruits or provide recurrent training for the two-and-a-half dozen or so non-SAAPA members,” says an insider. Mandatory refresher training for the crew of controversial vaccine flight SA 4272 was outsourced due to the airline’s own pool of trainers being locked out.

“To remain in the employ of SAA, pilots would have had to take a 50% salary cut,” says the insider. “This after more than a year without a salary, without insurance, without any company benefits at all.”

Motorists urged to buckle up and stay safe as long weekend traffic picks up
16 hours ago
16 hours ago
PREMIUM!

Motorists urged to buckle up and stay safe as long weekend traffic picks up
16 hours ago
16 hours ago
PREMIUM!