It was alleged that during his tenure as minister, Nkwinti facilitated a land deal 'for his close friends without following required procedures'.

Former water and sanitation minister Gugile Nkwinti is expected to give evidence relating to his time as minister of rural development and land reform at the Commission of Inquiry into Allegations of State Capture chaired by Deputy Chief Justice Raymond Zondo on Thursday morning.

In 2019, public protector Busisiwe Mkhwebane found the former water and sanitation minister had violated both the executive ethics code and the Constitution in the unlawful 2011 acquisition of the Bekendvlei farm in Limpopo.

It was alleged that Nkwinti had influenced his department to buy Bekendvlei Farm in 2011 for R97 million “without following required procedures” and subsequently allocated the farm to his “close friends”.

The details of Nkwinti’s role in the Bekendvlei farm deal were apparently contained in a report following a forensic investigation by Deloitte, which was hired to look into how the farm was acquired. It recommended that Nkwinti be charged with possible corruption.

The former minister was further embroiled in a number of questionable and potentially irregular transactions by the department during his tenure, including the purchase of Fish River Resort in 2017 despite warnings by experts that the land parcel would cost the Department R33.9 million annually in operating losses

ANC asks for bailout from Twitter, but crowd not convinced
1 month ago
1 month ago 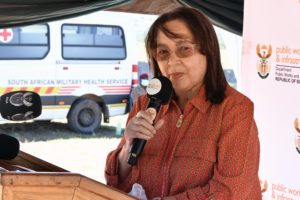 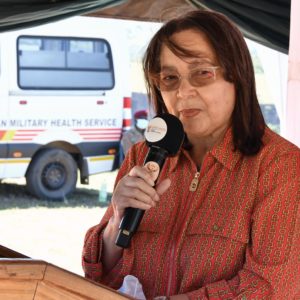 ANC asks for bailout from Twitter, but crowd not convinced
1 month ago
1 month ago