23 more deaths were recorded in South Africa: 7 from Eastern Cape, 7 from Gauteng, 4 from Free State, 4 from KwaZulu-Natal and 1 from Western Cape. 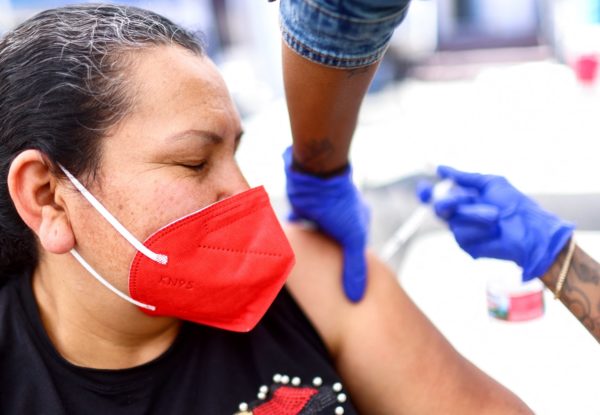 As of Sunday, the total number of confirmed Covid-19 cases is 1 575 471, with 1 101 new cases recorded since the last report, Health Minister Zweli Mkhize has announced.

23 more deaths were recorded: 7 from Eastern Cape, 7 from Gauteng, 4 from Free State, 4 from KwaZulu-Natal and 1 from Western Cape.

“We convey our condolences to the loved ones of the departed and thank the healthcare workers who treated the deceased,” said Mkhize.

India’s capital New Delhi extends its lockdown as the vast nation of 1.3 billion people registers 349,691 fresh cases and 2,767 deaths — the highest since the start of the pandemic.

The northern megacity — home to 20 million people and the worst-hit in India — extends its lockdown by a week.

The European Union will provide help to India as it fights record numbers of deaths and cases, the Commission chief Ursula von der Leyen pledges Sunday.

The bloc is pooling resources using the EU civil protection mechanism for a rapid response, she writes on Twitter.

At least 82 people have died and 110 are wounded in a Baghdad Covid-19 hospital fire overnight Sunday, the Iraqi interior ministry announces.

Many of the victims were on respirators when the blaze at Baghdad’s Ibn al-Khatib hospital started with an explosion caused by “a fault in the storage of oxygen cylinders”, medical sources tell AFP.

Anyone already in Italy who has been in India in the past 14 days should contact health authorities, he says.

Greece becomes the latest European nation to detect a case of the Covid-19 variant that has helped drive an explosion in infections in India, authorities announce.

Brazil records 67,977 deaths so far in April, the health ministry says, making it the deadliest month yet before it ends, topping March’s 66,573 fatalities.

The coronavirus death toll passed 10,000 according to data released Sunday by the country’s national health authority.

Pero orders the use of two masks at the same time from Monday when inside shops and other places where there are a lot of people, responding to a spike in Covid-19 deaths and infections.

The novel coronavirus has killed at least 3,102,837 people since the outbreak emerged in China in December 2019, according to a tally from official sources compiled by AFP at 1800 GMT on Sunday.

Far too soon to declare victory over Covid-19, say experts
4 days ago
4 days ago

Far too soon to declare victory over Covid-19, say experts
4 days ago
4 days ago